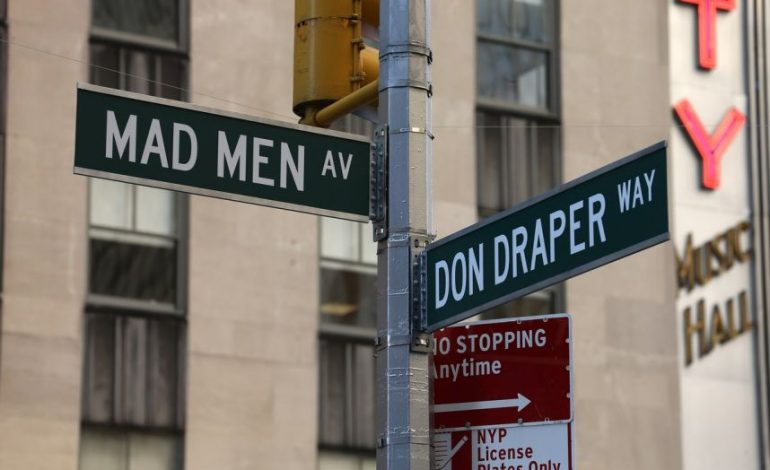 The Mad Men of New York was a coined phrase for the original advertising men that worked in and grew the original agencies, famous organisations including Ogilvy, Leo Burnett and DDB.

The global ad agencies we know and love today grew out from the early fifties, when the end of the deep recession brought new opportunities to America, and huge brands were on the rise like, Coca Cola, Nike, Volkswagen, Budweiser, GE and AT&T.

Of course in the early fifties, the Mad Men of New York didn’t have the Internet, but used what they did have to amazing effect.

One of the larger and more advanced marketing channels was ‘out of home’ (OOH). The ad people of New York were cunning, proactive and took advantage of every opportunity; their advertisements were largely around where concentrations of people were, not only from the city, but domestic and international visitors. This is why The Mad Men of New York focused on core cities like New York, London and Paris. They produced provocative and risky advertisements; they used new and interesting locations, and were ruthless in how they got those advertisements onto the big stages of Broadway, Piccadilly Circus and Times Square.

The world has changed in every way since then, the amount of marketing channels New Yorks New Mad Men (and woman) can choose from is bazaar, however there’s a new resurgence of the old advertising spirit, those risky strategies and those cunning ways to deliver creative innovations in new and exciting ways has never been more prevalent.

The New Mad Men of New York can now access what would of seemed in the fifties like the holy grail of engagement, cross-channel earned media that can form the creative its self.

It’s now very simple to curate an ‘Out Of home Advert’ that’s in every language, published into 3000+ locations, make those adverts interactive, real time and driven by communities, not the guess work of a creative director. Content can now easily port to native ad units, retail stores, websites, mobile apps and massive billboards on Broadway and Times Square all at the same time.

Exterion Media’s partnership Director Neil Pummell, “We’re seeing a huge shift in the Out Of Home market place with brands and their technology partners delivering instant earned and branded content directly into the worlds most valuable screen assets including Hong Kong, Times Square and London’s Underground – OOH projects are also being rendered across mobile, web and retail at the same time, this brings a truly global, cross-regional and cross-media dynamic experience.”

With these technologies the New Mad Men of New York face new challenges and they are not around engagement, but around what happens next, how those interactive ads fit into the wider customer journey and buying cycle.

The role of the CTO and CMO are mixing in amazing ways, the leading Creative Directors of the world are acting more like curators. The most engaging transparent and believable content is not coming from brands, but coming from those brands communities, the New Mad Men (and women) of New York are directing that engagement into new creative marketing channels – and this has never been more innovative.

The appetite for dynamic content has never been higher, with creative directors now having access to some of the most powerful tools in the market, its super easy to create Social Out Of Home (SOOH) experiences in moments, not only does this happen quickly, but the advertising creative is able to move and change dynamically. The days of static content is disappearing before our eye’s and what’s rising up is authentic, interactive and real time visual experiences, and consumers love it.

The Mad Men and women of New York, are set for a huge resurgence and this time it’s driven by technology and brand communities!

If you would like to know more about Social Out of Home (SOOH) and how brands across the world are putting their communities at the heart of their communications then please drop us a line – or visit TINT.