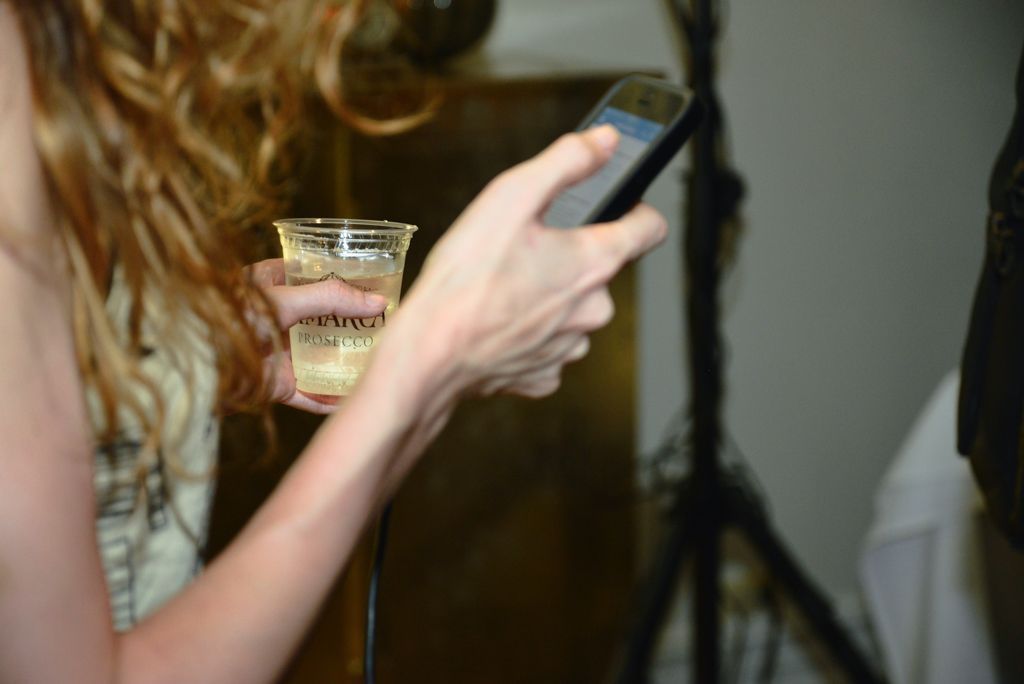 This week, at New York Fashion Week, Tori Burch streamed their show live with Google’s Lightbox, New York Magazine reported on the collections via tweet with “Fashion Week Unfiltered,” and guests at a number of shows filmed and shared with Hyperlapse, Instagram’s time-lapse video app.

Until now, New York Fashion Week has been an exclusive event, for the makers and shakers of Fashion with a capital “F.” High fashion has never been about accessibility and daily wear. It’s been about visions and ideas – new fabrics and silhouettes that influence the clothes we buy but don’t define them. But with the ascent of social media, something has shifted.

“We want to be accessible to our clients, whenever and wherever they are,” said Miki Beradelli, chief marketing officer of Tory Burch, explaining the brand’s decision to stream their collection.

Somehow, social media has given rise to “everyday influencers,” even at this most exclusive event – and that has changed the conversation, changed the experience, and perhaps even changed the collections.

“I think there was only one show that I saw this year where I thought I would never wear that in real life.”

Polyvore, an online fashion community with 20 million users per month, is a great example of how social media is changing the New York Fashion Week experience. Polyvore is a bit like Pinterest, except it is strictly fashion focused, and has built a huge base of dedicated fashion savvy users.

While guests at Polyvore’s Fashion Week event (a milieu of bloggers, journalists, and designers) socialized and primped, Polyvore kept them up to date with what was on the runway by streaming “sets” of images from the runway shows, curated into collages by their user base.

Within moments of a show ending, those attending the event in New York could see how fashionable women from all over the country were styling the pieces for every-day wear.

Kelsey Bowman, Polyvore’s Social Media Manager, shared her thoughts on how Polyvore’s community of fashion hobbyists is changing the game.

“Going to Fashion Week is the least Polyvore thing you can do,” she told me, “Polyvore is all about opening up the fashion conversation, while Fashion week is about a small handful of established designers. ”

But something surprising happened this year – a lot of the trends that appeared on the runway were already trending on Polyvore. The collections debuted by these designers were more accessible than in previous years. “Wide brim floppy hats, pastels, rich deep oranges – totally wearable,” said Bowman.

Bowman told me that social media and communities like Polyvore are “opening up the conversation about what’s wearable and what’s not” by allowing people to take the trend that they’re seeing on the runways and flip them for every day styling.

And Bowman believes those who control the fashion world are responding to it with more practical collections. “I think there was only one show that I saw this year where I thought I would never wear that in real life.”

An important piece to this is the new way in which shows can be digested.  Images fresh from a show leave New York, are responded to and commented on by fashionable women across the country, and return, through a social media aggregator that pulled Polyvore’s “sets” through Pinterest, to be shared with bloggers, journalists, commentators, and tastemakers in New York. The moment where real women and men ask, “How would I wear this trend?” has been moved much earlier in the chain of events that follow a show.

In addition to opening up high fashion to commentary from the public, social media is allowing more established sources of fashion commentary to respond to shows in a conversational, real-time way that is more accessible than typical coverage.

New York Magazine’s fashion arm, The Cut, used a social hub to pull in tweets, tumblers, and Instagram posts from their reporters in the field, to give a continuous, up-to-date report of the entirety of fashion week. They called it “Fashion Week Unfiltered” – giving visitors to their website an immediate look at what was happening on the runway.

One clever piece of this social media reporting is how TheCut integrated Mac Cosmetic’s social posts as subtle in-line advertising.

For specific brands that recognize the value of social media, Fashion Week has become an ideal moment to launch or promote their online presence. Panasonic, which makes hair styling tools, among other things, used this Fashion Week as an opportunity to launch their Panasonic Beauty Instagram channel.

Panasonic encouraged event attendees to share their photos from the event on social media using the hashtag #NYFWPanasonic. Whether images of a new hairstyle, or a pair of headphones that caught someone’s eye, Panasonic generated natural advertising that reached the far-flung friends and followers of their guests, on every social network.

This is deeply valuable, especially when one considers that peer recommendations on social media are more effective at influencing purchasing decisions than any form of traditional advertising.

“The Panasonic Beauty Bar at September NYFW was the perfect event to launch the Panasonic Beauty Instagram channel by reaching, influencing and aligning with an important community of social influencers at a time of maximum engagement,” said Corrie Murphy, Vice President, Consumer Marketing and Beauty Strategy, at Panasonic.

“The combination of multiple story touch points – from beauty to men’s shaving and grooming; from hybrid imaging to high end audio headphones – allowed us to engage fashion influencers over a variety of social platforms, giving the brand story greater reach, far beyond our event attendees.”

Fashion brands that wouldn’t have their own runway shows, found a place to communicate their values and brand identity in the online, social space. ModCloth, an online fashion retailer with their own style, held a “body positive” event during fashion week, in which ModCloth fans and supporters were encouraged to share their #FashionTruth on social media. Pulled together, the social posts create a convincing picture of what the brand is all about.

And ModCloth isn’t the only brand doing this. A number of brands, including Caravan Stylist Studios, ran hashtag campaigns and used a social wall (complete with gilt frame) to encourage engagement at their fashion week events.

Who knows what #NYFW will look like next year. But if this year is any indication, the collections will be more accessible and wearable than ever before, as brands try to engage followers and fans.

“As more people use the Web for shopping and inspiration, reaching people online is critical for fashion brands, particularly around key moments like fashion week,” said Brian Zeug, Google’s director of branded apparel, commenting on Tory Burch’s use of Lightbox. 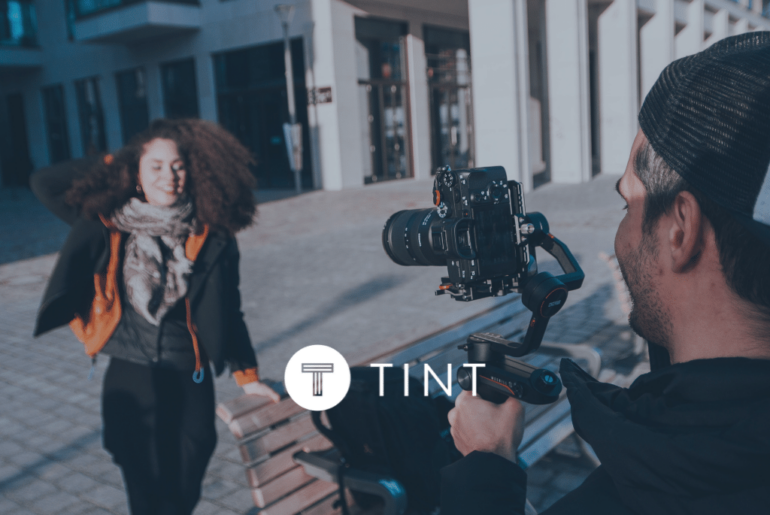 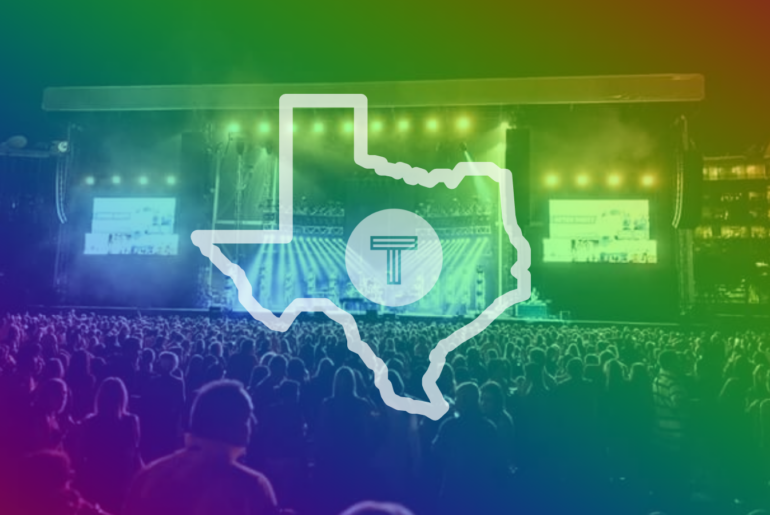