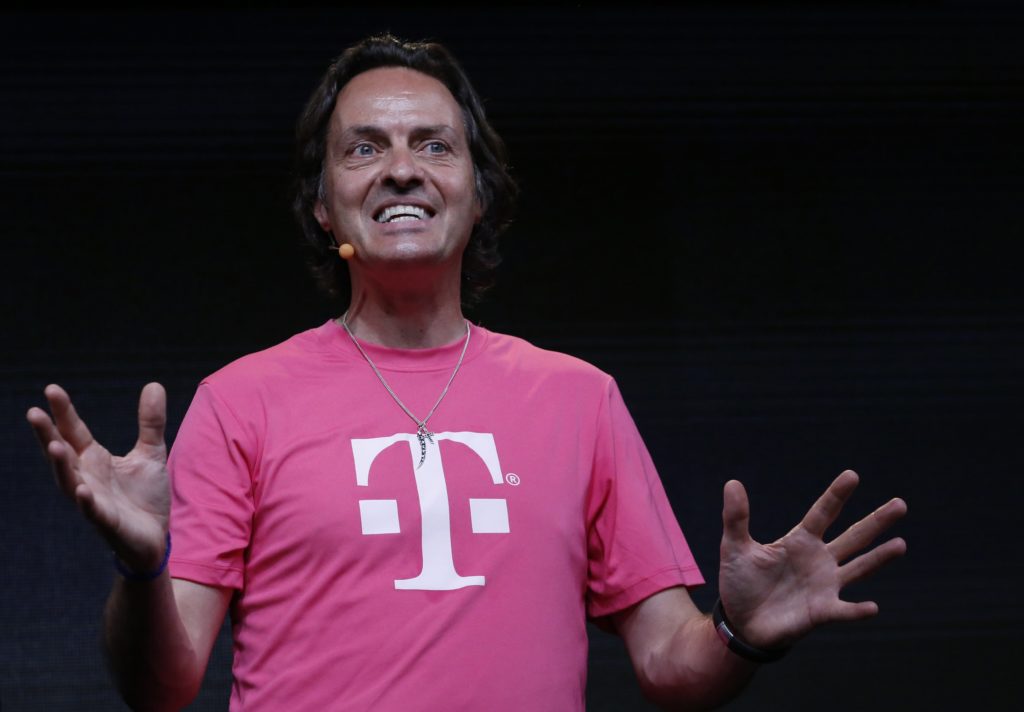 Competition in the mobile industry is fierce. T-Mobile recently beat out Sprint to become the third biggest cellular carrier in the United States and social media helped them do it. CEO John Legere is at the helm of T-Mobile’s social media strategy. He’s over the top. He doesn’t keep it clean. And in the driver’s seat at T-Mobile, he’s managed to take the brand from zero to hero with the wildly successful fan-driven Uncarrier campaign, inexpensive no-risk no-contract plans, the iPhone test drive program, and a heaping helping of social media sauce. So what makes Legere’s approach to social so captivating? Here are three pieces of the puzzle:

Legere is already unusual for using his own Twitter account as the face of his company. He is especially atypical with his rude and sometimes crude demeanor that keeps 715,000 Twitter followers engaged. He even looks and acts the part, wearing t-shirts under sports coats, joking about the clash between data limits and pornography downloads, and taking not-so-subtle jabs at the competition. He’s not afraid to use profanity, and he’s funny and whip smart, too, earning him a lot of forgiveness.

Are his tweets calculated? Anyone who tells you differently needs to retake Marketing 101. But they’re also real. Legere comes off as someone you want to have a beer with. Someone you’d love to have at your next party. When he tweets “The family plan is one of the biggest evils in this industry…. Lower prices. That is total horses#!t.” it seems like something any of us might tweet. Because what he understands (and you should, too) is that the best marketer will never come off as one.

Legere could start his own blog or go on one of the manifold tech shows that would give anything to get him in the studio, but that’s not how this guy operates. He’s in the trenches with the people, power sharing his message in 140 characters or less. And yet he’s still telling a compelling – and complete – story.

If it’s even possible to suggest someone is the embodiment of brevity without limits, he’s it. That quality probably isn’t behind his wrangling Apple into letting T-Mobile be the only US wireless carrier to allow Wi-Fi calling on the iPhone, but it is how he helped potential buyers understand the benefits of picking up the new iPad Air 2 through the company. On Twitter.

Legere talked about his approach to customer relations at the 2014 GeekWire Summit and what he shared was ridiculously simple. He said: “The truth is, I learn almost everything I need to know to run T-Mobile [on Twitter]. On the email from individual customers or on Twitter. I take every tweet that comes in and I read it. I forward it to people. My executive team gets them, we reply, and at my staff meeting every Tuesday, we track social media impressions, what they are and how we’ve responded to them. It takes a ton of time, it’s a lot of fun… I listen, and I respond.” That doesn’t mean pointing people to the help desk or to a corporate info sheet, but (with the help of his team) participating in the conversation that makes social media so valuable. Why wouldn’t you want to listen to what your customers, and your critics, are saying about your brand?

The beauty of Legere’s strategy lies in its relative simplicity. Don’t just be a human; be yourself. So what if you’re a little – or a lot – rough around the edges? Chances are your target audience is, too, and will love you all the more for that. And be a part of the conversation. Listen. Worry about what you’re saying, not how you should be saying it. After all, the things that enrage are frequently also the things that engage.

Jennifer is a technology writer who is passionate about covering the latest news, fun gadgets and helpful apps. Follow her on Twitter.