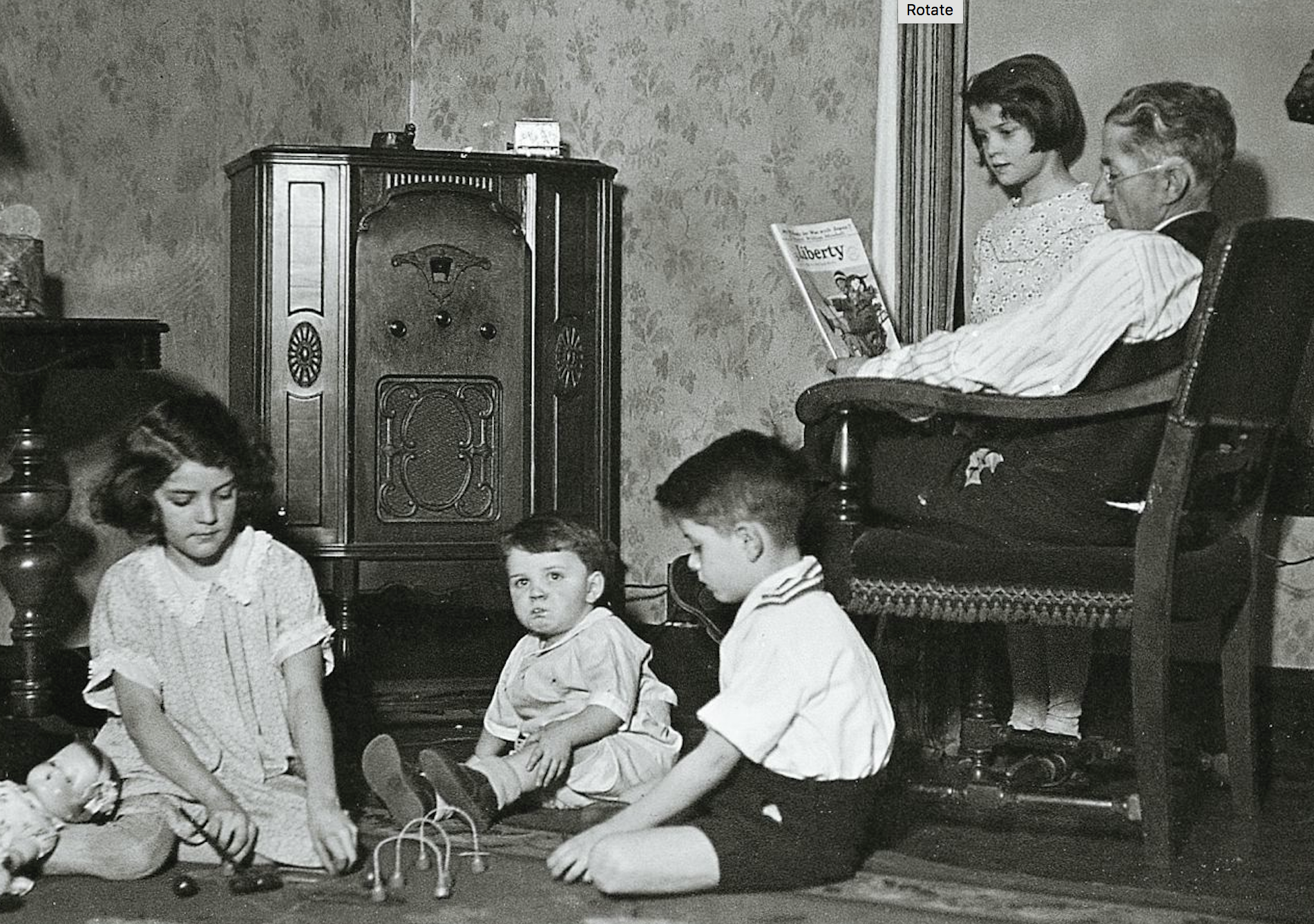 How To Leverage Parasocial Interaction To Create a Loyal Following

Ever wondered why the Kardashians are such a global phenomenon?

If you’ve ever stopped to consider how they’ve achieved worldwide fame without a single skill or talent between them, you’re not alone.

But, you see, the Kardashians do have a skill. They have a very important skill in the world of marketing – one that many brands and businesses would kill to have.

No, I’m not talking about huge followings or the ability to take a strategic nude selfie.

I’m talking about their ability to create intimate relationships with their fans. 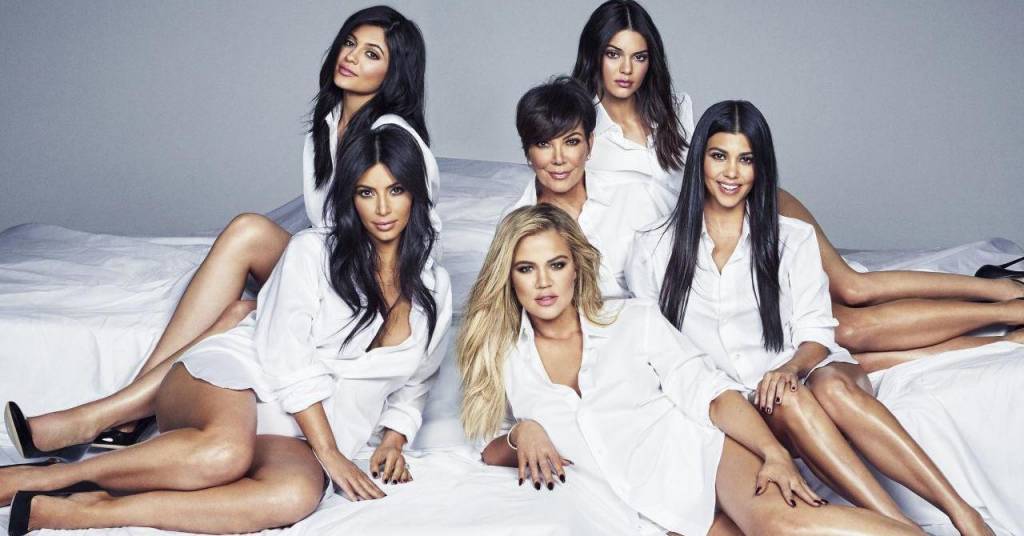 You might be thinking, “but how can people who are so far removed from everyday life and their fans have relationships with them?”

Which is where parasocial interaction comes in.

What Exactly Is Parasocial Interaction?

This term, coined by Horton and Wohl in 1956, refers to the closeness and friendship people feel with a celebrity of fictional figure (ever heard your grandma talking about someone, only to realize that someone is a soap character?).

The new age of mass media – we’re talking radio, television, films, and advertising here – gives audiences the illusion of a face-to-face relationship with the performer. It’s why adored actors are cast in the top movie roles, and it’s why the celebrity of the moment is brought in to advertise the latest perfume.

Of course, the relationship is one-sided. If we’re listening to our favorite DJ on the radio, we can’t just respond to questions he asks (well, we can, but there’s a whole hoopla to go through to get there), but it feels like a real-life, face-to-face relationship because they’re speaking to us like we’re a friend in the same room as them.

Let’s go back to the Kardashians for a moment.

If you look at most celebrity Twitter feeds, you’ll mainly be greeted with paid promotions and links to brands they sponsor. It feels static and one-sided because it is. Celebrities get paid to share products with their fans. Simple. 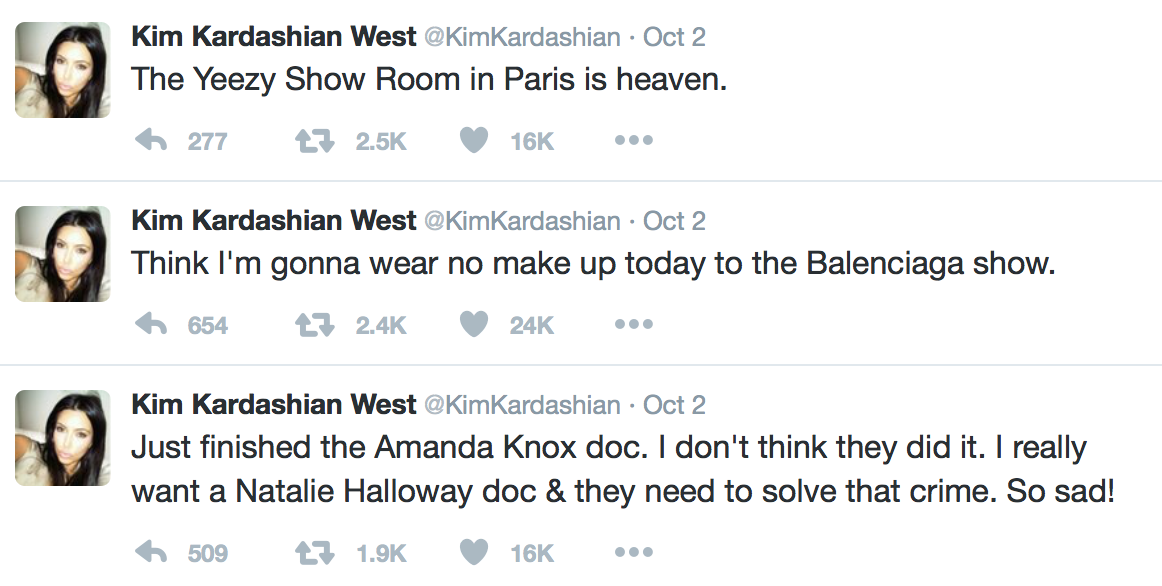 Take a look at the Kardashians’ Twitter feeds though, and you’ll see something else entirely.

Instead of paid promotions littering their feeds, they talk to their followers as if they were a friend. They ask questions, they share snippets of their lives, and they open conversations.

Why does this work?

Because advertising is everywhere. On our screens, on billboards, on the TV, on the radio. There is advertising all around us, but we’ve become really good at tuning it out and very good at finding the source.

When we see someone flaunting a product, our minds immediately rush to one conclusion: advert. Or, more specifically, an advert we don’t trust. 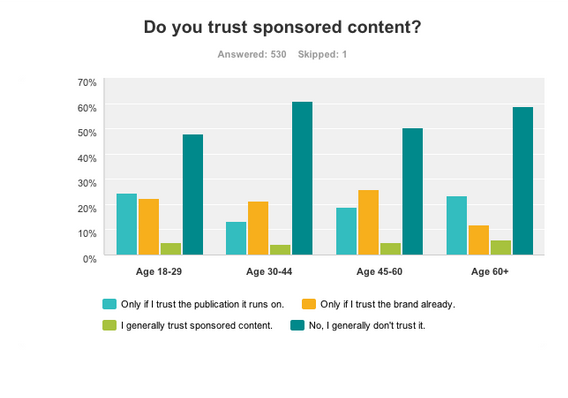 With the Kardashians it’s different. They’ve created a narrative over ten years that makes them feel like a “friend”, so when they share a product with us (that they’re inevitably getting paid to promote), we don’t see it as an advert; we see it as a recommendation. 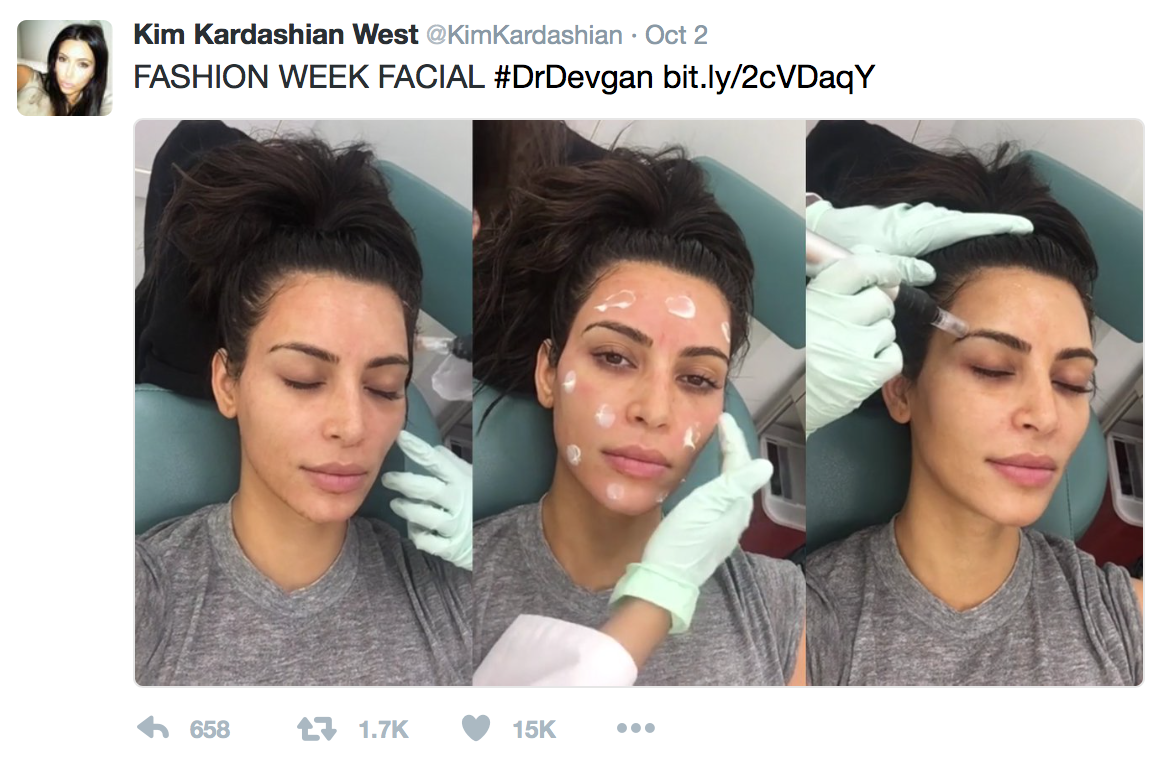 In that respect, the Kardashians have an immense talent, especially in this day and age when we’re all so critical of the advertising world.

The Role of the Persona

In the study that coined parasocial interaction by Horton and Wohl, they describe what is known as the “Persona”, or the person who creates that intimate connection – in today’s world, that’s likely to be a celebrity or an influencer who we admire or look up to.

The persona can create a sense of intimacy with millions of strangers all at the same time. Above all, they offer a continuing relationship with fans, in that they’re dependable and integrated into the routines of daily life.

Basically, we can count on the Kardashians to share a snippet of their lives every day via social media. It’s kind of a given.

They show up and we lap it up.

The Persona essentially “lives with” their fans and shares moments from their public lives with them. Over time, the audience builds up a “history” with the Persona, and the accumulation of shared past experiences serves to give additional meaning to the intimate relationship.

The Bond of Intimacy is an Illusion (But a Good One)

Horton and Wohl researched and created the term “personality” programs, which are basically the celeb-driven, authentic marketing campaigns of today. During these campaigns (or programs), the Persona is required to create an illusion of intimacy with their audience.

It’s a so-called illusion because, as we touched on earlier, the relationship is one-sided and will only ever be one-sided.

One prime example Horton and Wohl touch on is the case of Nancy Berg. In the 1940s, she created a cult radio program, The Lonesome Gal, that played heavily on the idea of parasocial interaction.

Unlike other radio programs at the time, she spoke directly to the audience in a monologue for each and every episode. Every week, she would tell her audience she was thinking about them, refer to them as “darling”, and would suggest to her listeners that she knew and shared their deepest thoughts.

It was geared towards creating an intimacy with her audience and ended up being an unexpected huge hit across America.

We see this more today with celebrities who are brought in to advertise the latest products – not by spamming their Twitter feeds with promos, but by creating a sense of intimacy with fans.

In 1989, McCracken found that celebrity endorsers are most effective when they transfer cultural meanings and values onto a product. Basically, when we consume a celebrity product, or a product advertised by a celebrity, their values and cultural positioning shape our views of the product. 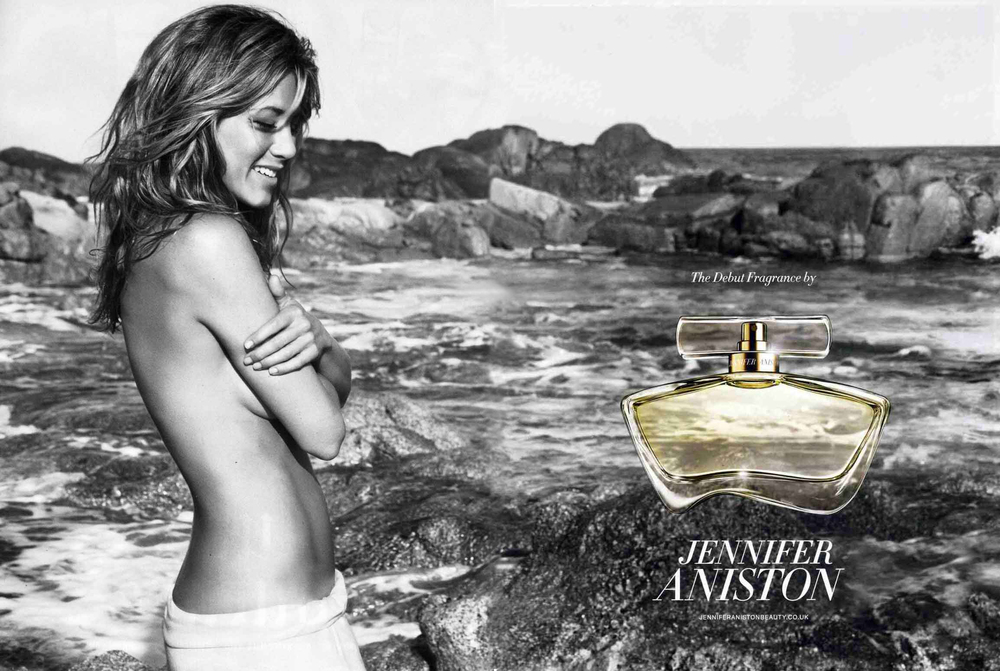 Say, if Jennifer Aniston is promoting a perfume, we immediately think that perfume is elegant and classy, and hope that those values will transfer onto us when we use it.

How Marketers Can Make the Most of Parasocial Interaction

So how can you bring this all together?

How can you use the research carried out and the examples shown above to advertise your own products and run intimate campaigns that connect with your audience – because, at its very core, that’s precisely what parasocial interaction does.

It creates a community where the audience feel a part of something, like they are connected to the Persona or the brand who is advertising – in 2010, Fetscherin and Dato-on released a report about brand love, confirming that parasocial interaction is strongly linked to brand love.

So, to that effect, the intimate relationship doesn’t have to be tied to one person (like a celebrity or influencer), it can be tied to a brand as a whole.

Create the Illusion of Face-to-Face

You hopefully know by now that talking at your audience won’t do you any favors, nor will creating fictional stories that are highly polished by your marketing team.

Instead, you want to be creating campaigns that feel like they’re raw and connective, kind of like a face-to-face conversation.

In Horton and Wohl’s report, they suggested this could be achieved by maintaining a flow of small talk which gives the impression that the Persona (or brand) is responding to a conversation.

How does this transfer to marketing?

1. Speak Directly to Your Audience

Speak to your audience, like you are talking to them directly. In your copy, use words like “you” and “us” to create a sense of belonging, and in your social campaigns, tell real stories and chat as if someone was on the other end.

Horton and Wohl touch on the example of Dave Garroway, a former radio DJ, in their research. They claim he mastered parasocial interaction like a pro:

“Most talk on the radio in those days was formal and usually a little stiff,” Garroway said. “But I just rambled along, saying whatever came to mind. I was introspective. I tried to pretend that I was chatting with a friend over a highball late in the evening. Then – and later – I consciously tried to talk to the listener as an individual, to make each listener feel that he knew me and I knew him.”

Creating a connection and a relationship with your audience is all about storytelling. People connect with stories and are more likely to feel a bond with someone or a brand if they resonate with the story they’re telling.

Real stories are best delivered when they don’t come directly from your marketing team.

User Generated Content (UGC) is perfect for sharing connective stories from people who are just like your audience. This isn’t so much using the celebrity persona method, instead you’re creating a “brand persona” via your customers who can create an intimate relationship with your audience by sharing their first-hand stories and experiences. 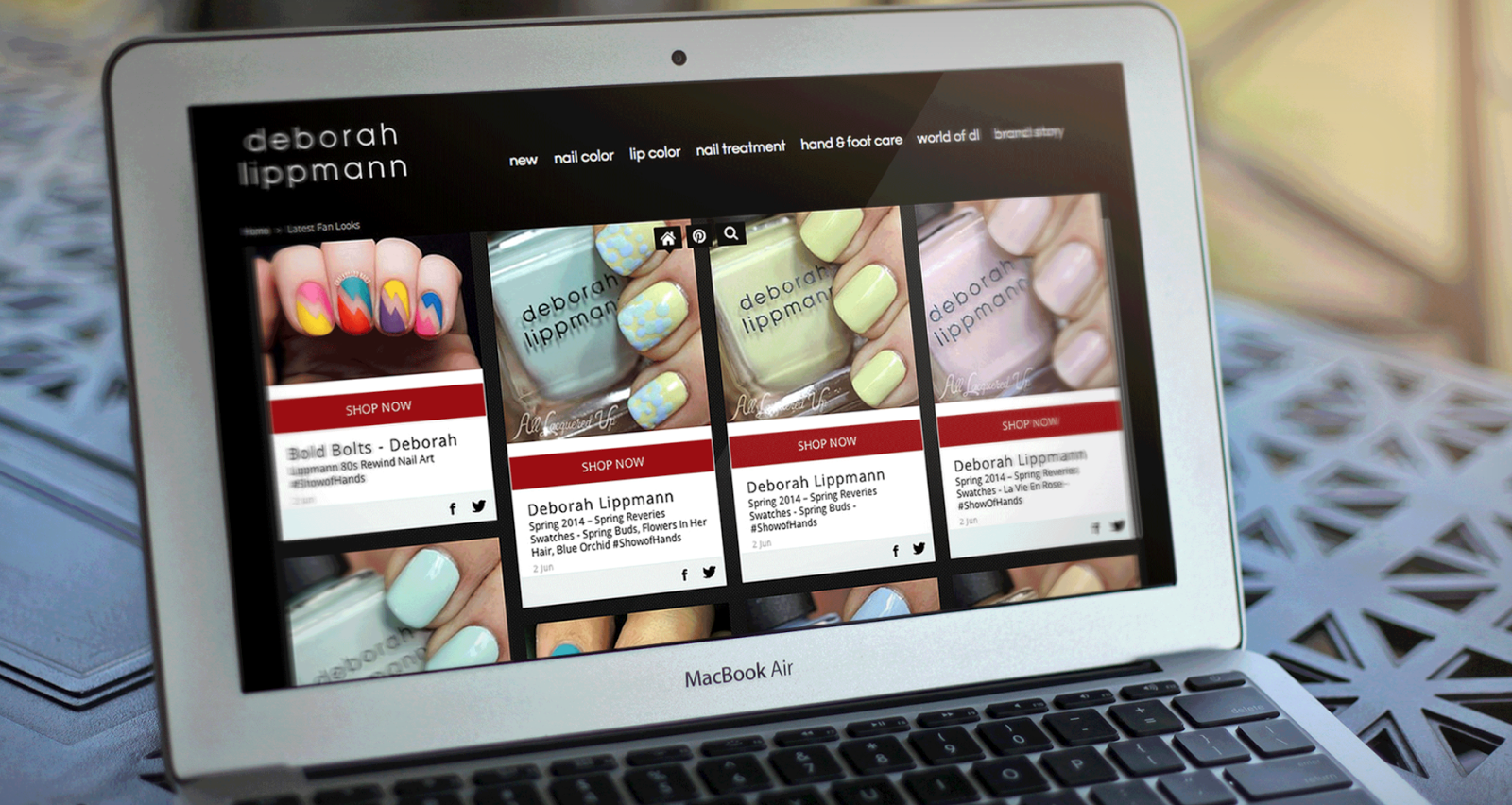 3. Mingle With Your Audience

Horton and Wohl identified a simple technique Persona’s used to create that intimate bond with their audience. They stepped outside of their particular role in their show to blend in with the audience.

This makes the Persona more “real” to the audience and makes them appear on the same level – you are just like me and I am just like you.

Find out where your audience hangs out and hang out there with them. Create connections by becoming part of the group instead of essentially shouting at them from afar.

4. Create an Idealized Version of What Your Audience Want

A successful parasocial interaction, according to Horton and Wohl, doesn’t often appear in real life.

Why? Because the audience tend to project their own cultural values and visions onto the Persona or brand.

This means the Persona becomes a kind of magic mirror that reflects back to the audience what they want to see. So Liberace, as an example, becomes the gentle and understanding husband the audience don’t have, or Nancy Berg becomes the perfect housewife as The Lonesome Gal. 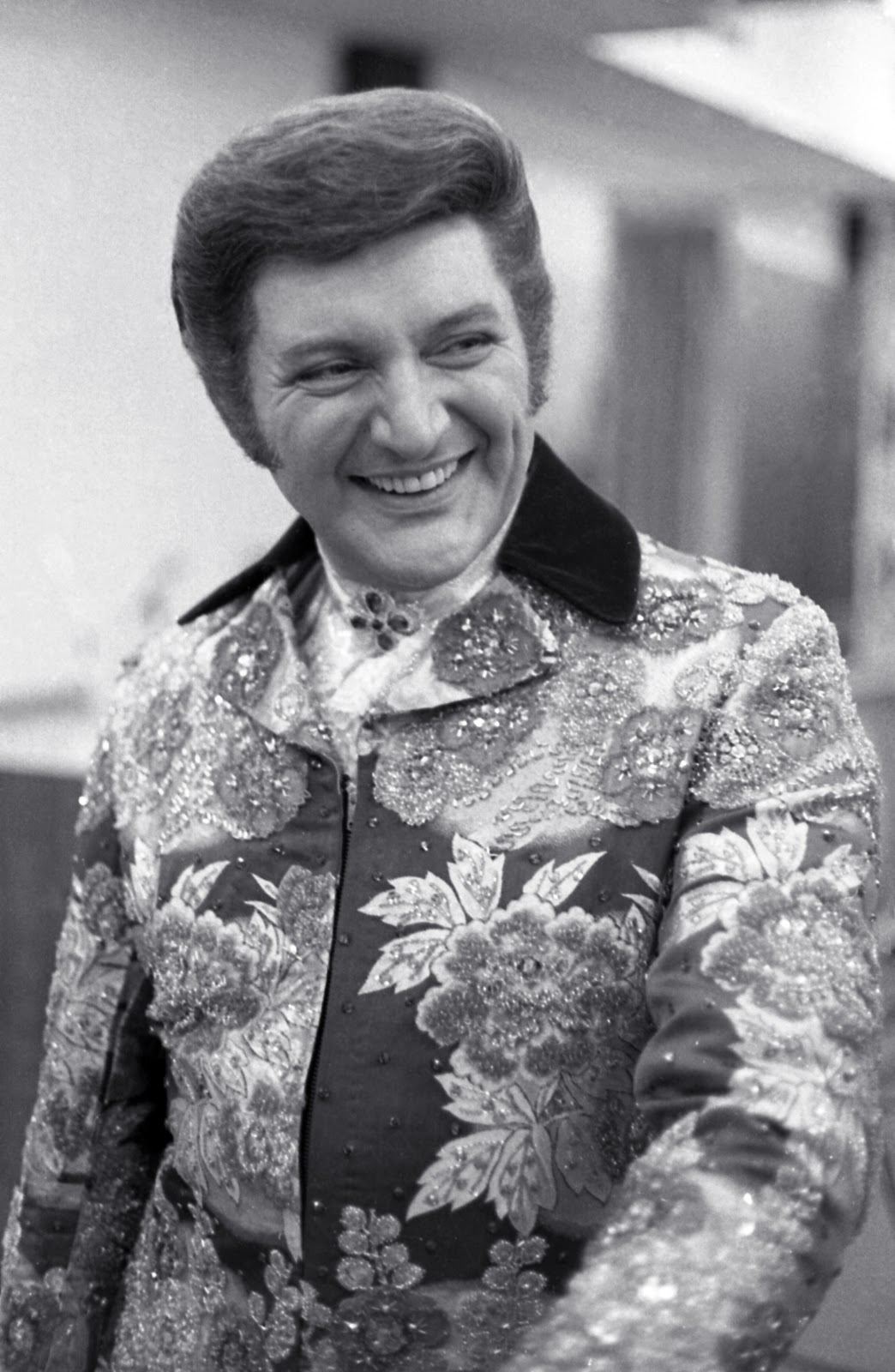 In marketing you can use your brand to reflect the Persona your audience want to be or, at least, want to have in their lives.

5. Become a Part of Everyday Life

Let’s go back to the Kardashians quickly. Their familiar Tweets and daily social interactions with their audiences entwine with daily life. They slot perfectly into the routine of their audience and they become a kind of stalwart part of life.

This is what successful parasocial interaction looks like – it’s seamless, and the audience suddenly become blind to the fact that the Persona is not a part of their “real life”.

In order to recreate this with your marketing, you need to be consistent and show up in your audience’s’ lives every single day, whether that’s through social sharing, interacting with them via photographic platforms, or by hanging out where they are. By becoming a part of their everyday, you become an important fixture. You become less of a brand that’s selling them something, and more like a figural part of their lives.

The switch might go unnoticed, but once it happens, you’ll find you have a raving community of loyal followers who treat you like one of their own.