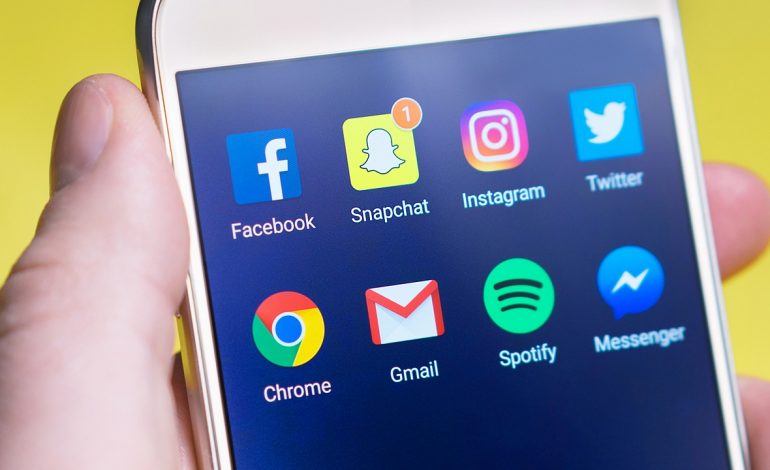 But there’s one thing these brands have in common besides their mammoth social followings.

They’re all B2C brands – a.k.a. brands that sell directly to consumers.

This seems to be a common trend in the social media landscape. Consumer-facing companies are able to easily rack up thousands and even millions of followers, while B2B (businesses that sell to other businesses) brands have a harder time.

1. What they’re selling: B2C companies are usually selling something lifestyle-related or a product that’s visually appealing. Qantas posting a picture of Northern Queensland in Australia is going to pique people’s interest far more than a photo of Xerox’s latest print service. 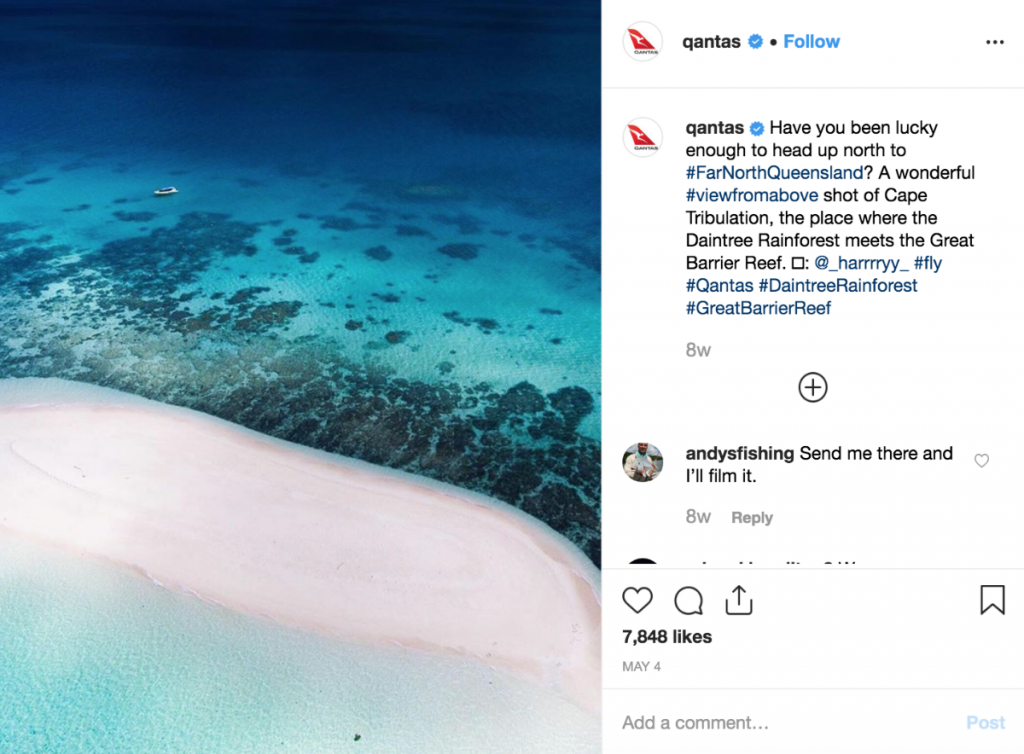 2. Who they’re selling to: While B2C customers tend to be seeking a specific product, enjoyment or entertainment on social media, B2B customers are looking for expertise and efficiency. The buying cycle in the B2B world tends to be longer and is driven by logical thinking rather than emotion.

These two things usually mean that B2C and B2B brands have to consider their social media strategies in different ways – but to what extent?

In fact, there are plenty of ways B2C brands are sharing their products on social media that B2B brands should also consider. Here are a few examples that we hope will spark some inspiration. 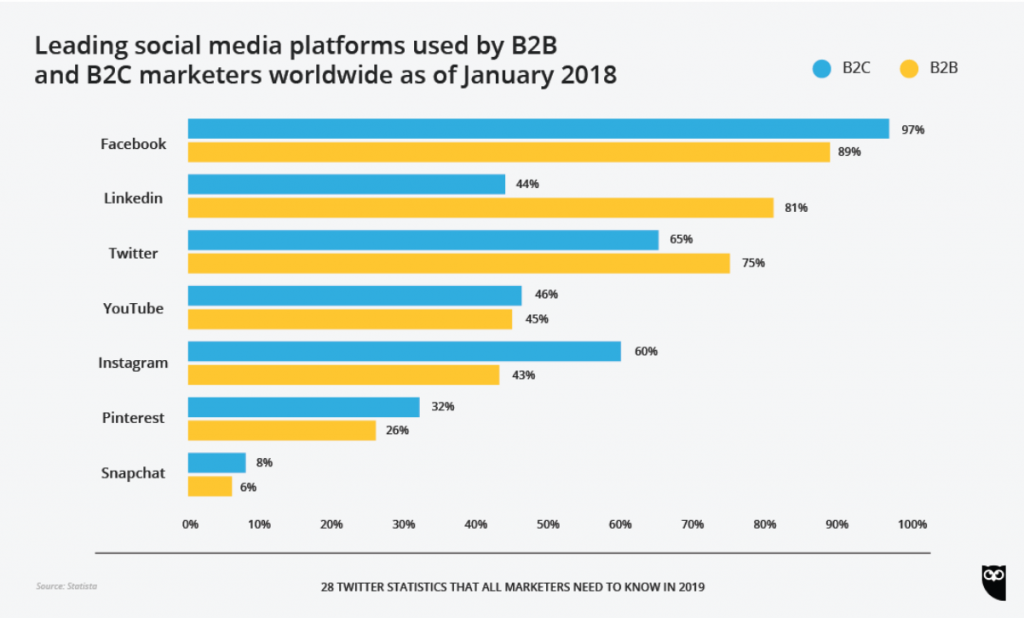 Instagram Stories are still hot off the press and there are plenty of brands tapping into their visual power. 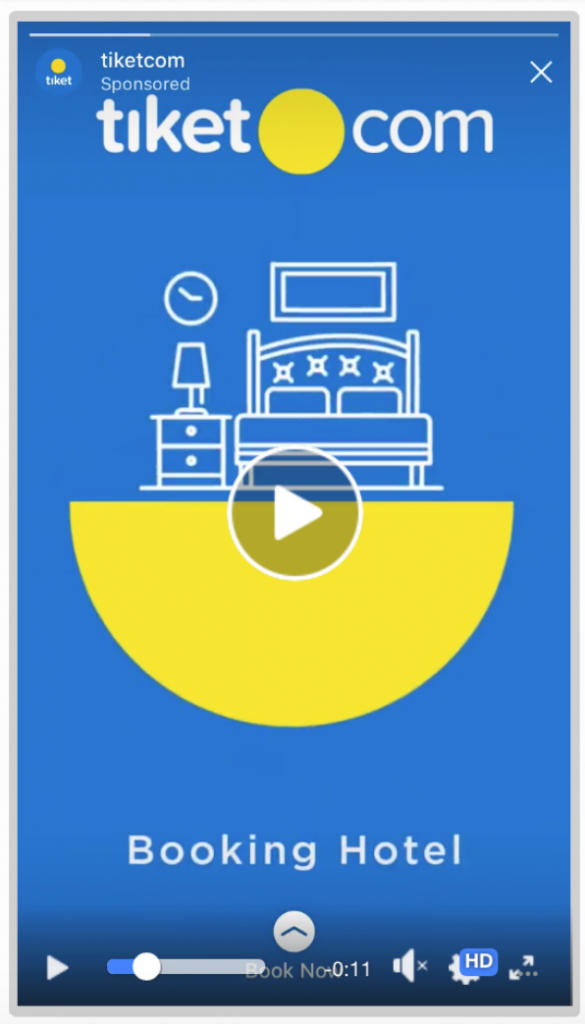 The two ads featured 15-second videos full of travel-related iconography and stand-out blue and yellow hues that encouraged viewers to install the Tiket app. The campaign ran alongside a rebranding campaign (that heavily featured the blue and yellow palette) on other online and offline platforms.

B2B brands tend steer clear of Instagram and its Stories because it’s an inherently visual platform that’s heavily weighted towards the lifestyle sector.

But Tiket shows that stories can be used for more than incredible photographs and videos. In fact, they vetoed the usual stunning photographs travel companies opt for and went straight for an icon-heavy alternative which can easily be recreated by a B2B brand.

Luxury German fashion house JOOP! Is a household name, but they needed to get a targeted local audience in order to raise their profile in Germany around the launch of their latest line.

Unlike most clothing brands that simply hire the help of a model, JOOP! wanted to take it further and work with an ambassador who was more of a multifaceted character. 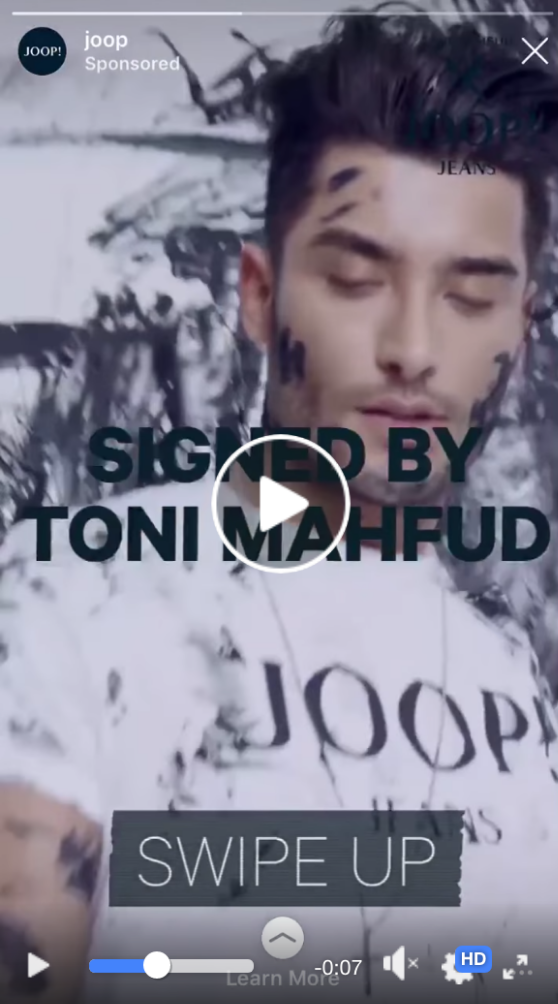 They brought Toni Mahfud on board, a German-born artist, fine art photographer, model, and social media superstar. He presented their message in an inspiring and creative way for a younger audience.

The campaign was specifically targeted to men and women aged 20-39 in Germany who had an interest in high-end fashion brands like Armani and Calvin Klein. JOOP! Further enticed viewers by offering the chance to win a T-shirt that was designed and signed by Toni Mahfud. 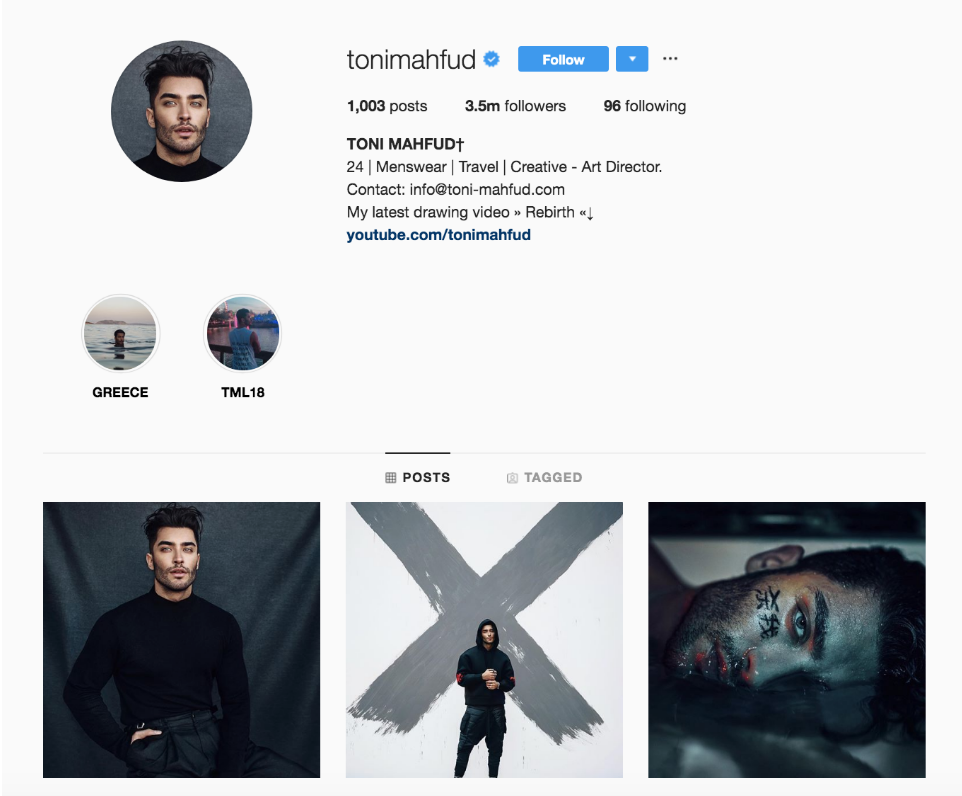 The campaign resulted in a total ad recall of 60% and costs that were 27% lower per person reached.

Think outside the box and don’t go straight for industry-related influencers. Instead, think about the audience you’re trying to target and find an influencer or celebrity that they can relate to.

You can choose niche influencers or hyper-local celebrities to target specific audience segments. This creates a connection to the local community and the brand that can be an effective way to drive an emotional response from your audience.

HBO is renowned for airing some of the world’s most viral shows, so it might seem like they have it easy when it comes to leveraging social platforms.

Despite having access to exclusive clips from star-studded series’, HBO still manages to get creative with its social media marketing.

Take the launch of Westworld, as an example. 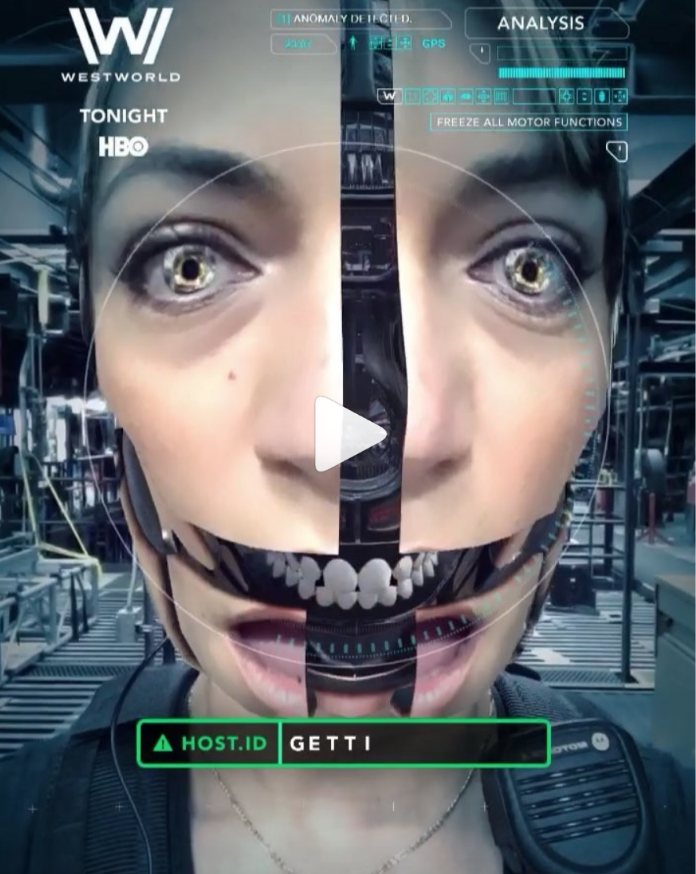 The network tapped into Snapchat’s Augmented Reality (AR) feature to create lenses that turned Snapchatters into Hosts (a term relevant to Westworld). The brand released the lens pretty quietly during the Season Two premiere, but fans soon got wind of it and began checking out who their “Android” counterpart was.

Tapping into advanced technologies is a powerful way to reach younger, tech-savvy audiences like millennials and Gen Z.

In fact, a study by Accenture revealed that around 73% of Gen Z were already testing or eager to test technologies like voice-activated ordering and virtual reality.

This overt keenness to experiment with all kinds of new software isn’t just reserved for consumer-facing brands. B2B brands can also benefit from getting creative with fancy tech. 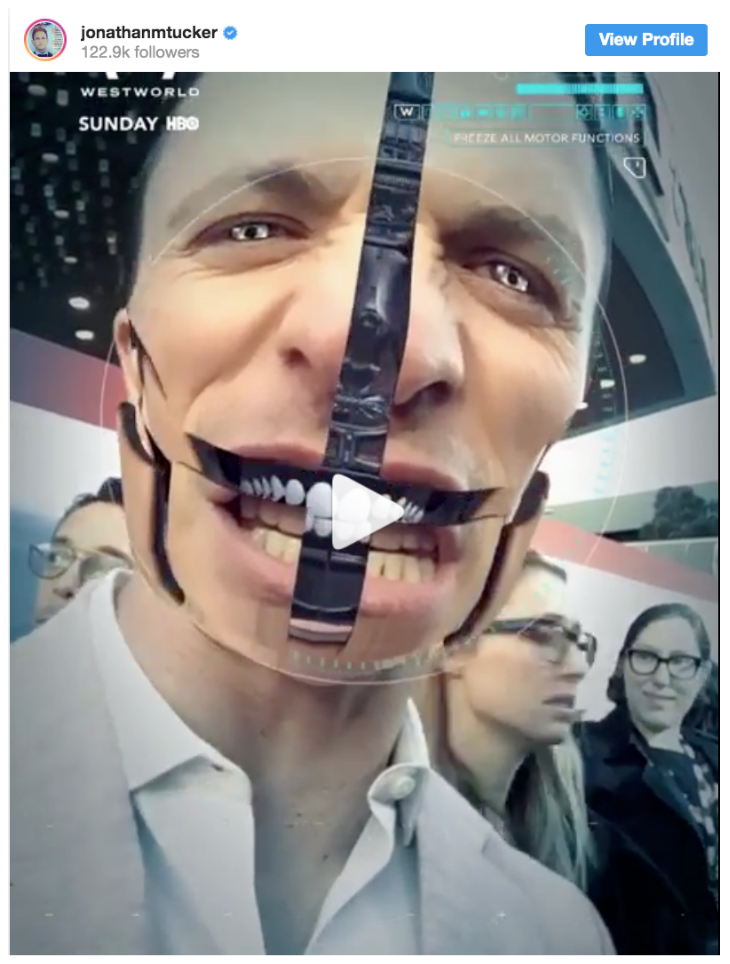 Using the Latest Tech as a B2B Brand

By 2020, augmented reality is expected to have more than one billion users. This shows how pivotal advanced technologies are in the marketing world.

As a B2B brand, you’ll stand out from the crowd when you tap into new technologies to showcase your products and educate your audience through immersive and interactive experiences.

Marriott owns one of the best-loved loyalty programs on the planet, but there’s one problem – the people who love it tend to be part of an older demographic.

While this audience has strong buying power, Marriott was eager to reach a younger audience which is why they turned to Snapchat. 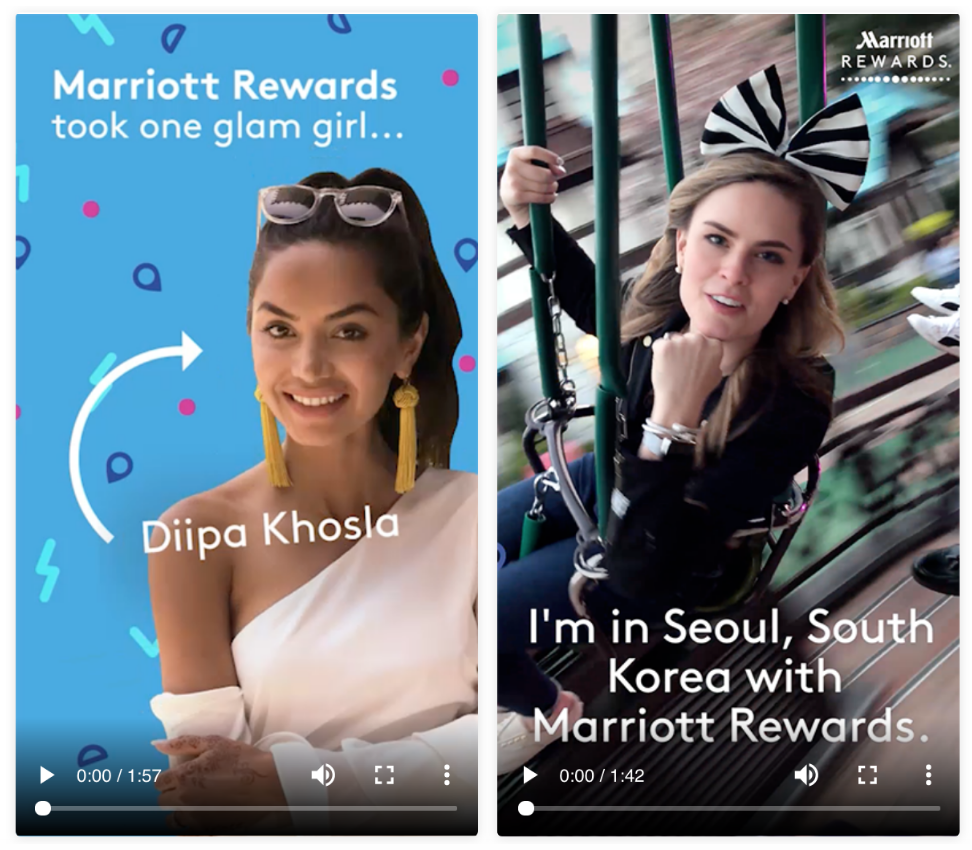 The aim was to get Snapchatters to swipe up and sign up for Marriott Rewards. To encourage this, the brand optimized their Top Snaps and used both verbal and visual CTAs.

As a result, the Top Snaps garnered a high number of swipe ups in addition to strong video engagement where videos saw an average play time of 39 seconds.

Having young Snapchatters to choose to watch a branded social media video for that long is practically unheard of.

By integrating organic, user-generated content from key influencers in a vertical, full-screen format with modern additions like emojis, Marriott managed to make it happen.

In some ways, long-form video is more fitting for the B2B world because buyers tend to take longer to come to a decision about a purchase.

Follow Marriott’s lead to make your Snapchat videos pop: keep your Top Snaps to under 10 seconds, present your brand or product within the first few frames, and use both visual and verbal CTAs for maximum impact.

5. Target Your Most Engaged Audience Members like Michael Kors

To promote its new Michael Kors Access smartwatches, fashion brand Michael Kors wanted to continue to reach its target audience of young women while testing out different video lengths to find out what resonated.

By tapping into their most engaged audience segment (UK women between the ages of 18 and 50) they could quickly find out who was engaging with what kind of content and create more of that. 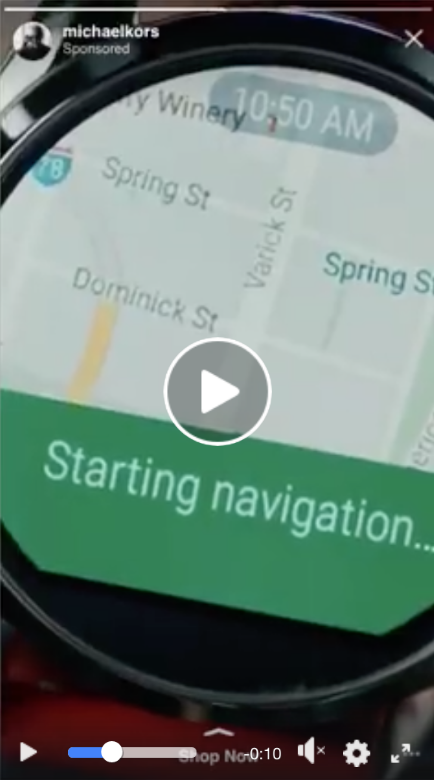 The campaign was made up of a vertical video created specifically for Instagram and Facebook Stories that featured model Martha Hunt wearing the smartwatch in various New York hotspots.

Michael Kors then cut the video into four shorter Stories that ranged from two seconds to 15 seconds in length. They then segmented their female audience into four random groups and served each group a different video. 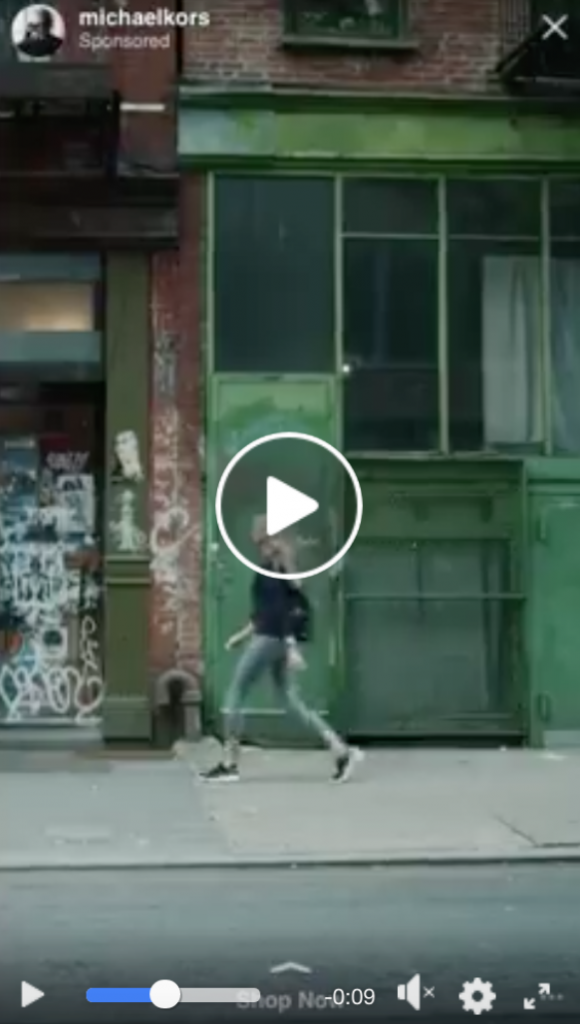 As a result, the brand managed to generate a 24-point lift in ad recall, while the Instagram Stories delivered a nine-point hike in favorability (that’s 10x higher than the industry standard).

Targeting Your Most Engaged Audience Members as a B2B Brand

The key here is finding out who engages the most with your brand and discovering where they are hanging out and engaging with you. For example, the majority of Instagram users are under 30, so if you’re targeting Gen Z, that’s the place to do it. Alternatively, if you want to reach people in a specific job role – like a marketing director – LinkedIn might be a better option.

Then it comes down to experimenting.

The Michael Kors campaign featured four different videos that they served and tracked to see which ones drew the most engagement. It’s a constant game of monitoring, measuring, and tweaking when it comes to finding and communicating with your most engaged audience members.

While social media might be more a more common marketing tactic among B2C companies, it’s still incredibly valuable in the B2B world.

These three components are vital for building a solid reputation as a B2B brand, but the most important thing is to keep your audience in mind. When you know exactly where they’re hanging out and what kind of content they’re interacting with, you can start to build and deepen relationships.