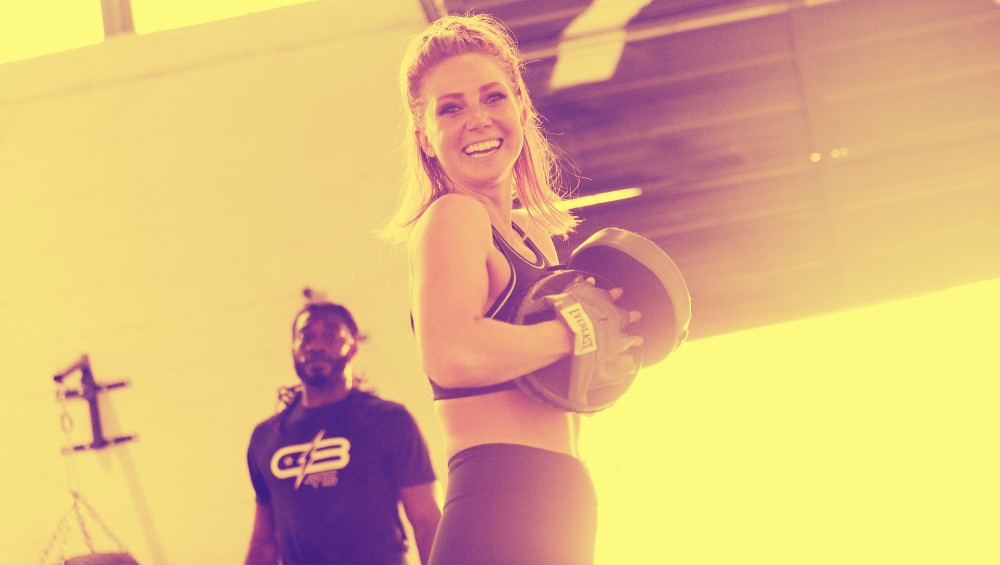 Get Personal: A Guide to Targeted Marketing Campaigns

How can you ensure your consumers are paying attention to you on social media? The internet is a powerful but potentially fickle tool for marketers. Just because you’re spreading your message to the masses on Facebook or Twitter, doesn’t mean your followers are listening to you.

While it’s impossible to reach 100 percent of your audience every time you send out a tweet, companies like Kotex, Coca Cola and JetBlue show us how targeting consumers on an individual basis can pay off big time on social media. Targeting a select few doesn’t mean you aren’t reaching the rest of your audience as well.

As you’ll see in the examples below, the people who benefit from these personal campaigns are usually more than happy to spread your message to the masses on social media.

In 2012, Kotex hired smoyx, an Israeli ad agency, to help them reach out to Israeli women about their brand. The agency created a campaign called “Kotex Inspiration Day.” They identified 50 influential Pinterest users based on “a few categories: viral, trendsetters and active on Pinterest” and created personalized gifts inspired by their Pinterest boards. Before a user could receive their gift, they had to repin a photo of it.

All 50 of the gifts were delivered. Almost 100% of the women posted about it on social media platforms including: Twitter, Pinterest, Facebook and Instagram. The campaign yielded 2,284 interactions and 694,853 impressions. The Pinterest gifts were much more personal than an ad popping up in a consumer’s Facebook feed. Kotex was able to show their appreciation for a small subset of women and, in return, gain a huge amount of social media buzz. These targeted individuals did the talking for Kotex and got those who hadn’t received a gift excited about the brand.

Put a name on it: Coca Cola

Last May, Coca Cola reintroduced their “Share a Coke” campaign in the United States. The campaign allows consumers to buy cans and bottles of coke with their name on it. Coca Cola inundated the airwaves with TV commercials but they also took to social media to spread their message. 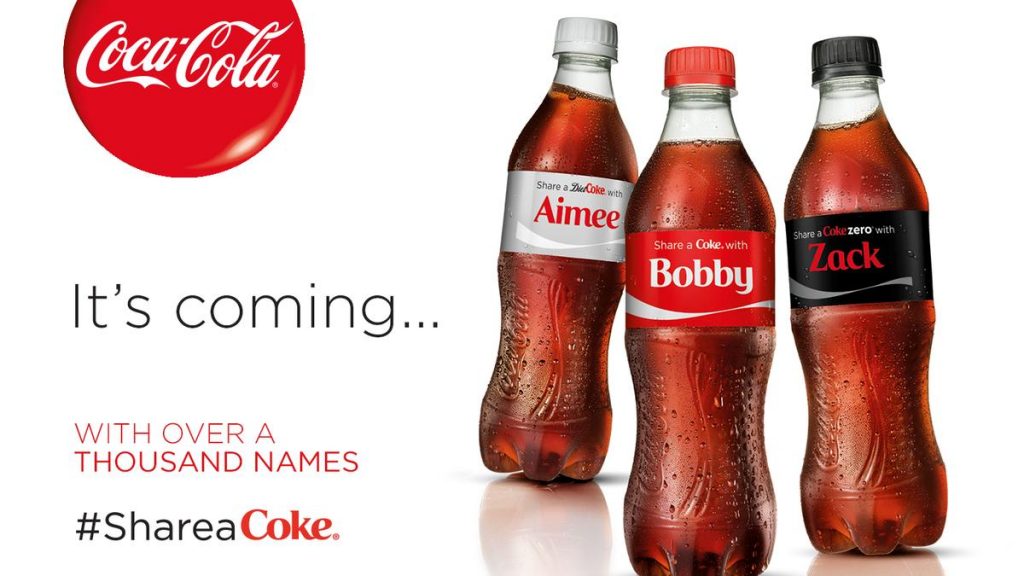 Customers were encouraged to post about the campaign on sites such as Twitter, Instagram and Facebook using the hashtag #shareacoke. Many of these photos are featured on their website and also on Coca Cola billboards. The company makes the personalized drinks available in stores across the country and online.

With the help of this campaign, Coca Cola was able to outperform Pepsi last summer. They brought in “28 percent more customers compared to the same period in 2013” and consumers posted about the campaign on social media more than 250,000 times.

Coca Cola took a slightly different approach compared to Kotex. For one, there were no freebies involved. Consumers had to purchase the drinks themselves. It also targeted a larger audience. But, despite the added price, the campaign was incredibly successful. The buzz on social media compelled those who hadn’t gotten in on the fun to purchase their own beverages and perhaps even talk about it on social media as well. 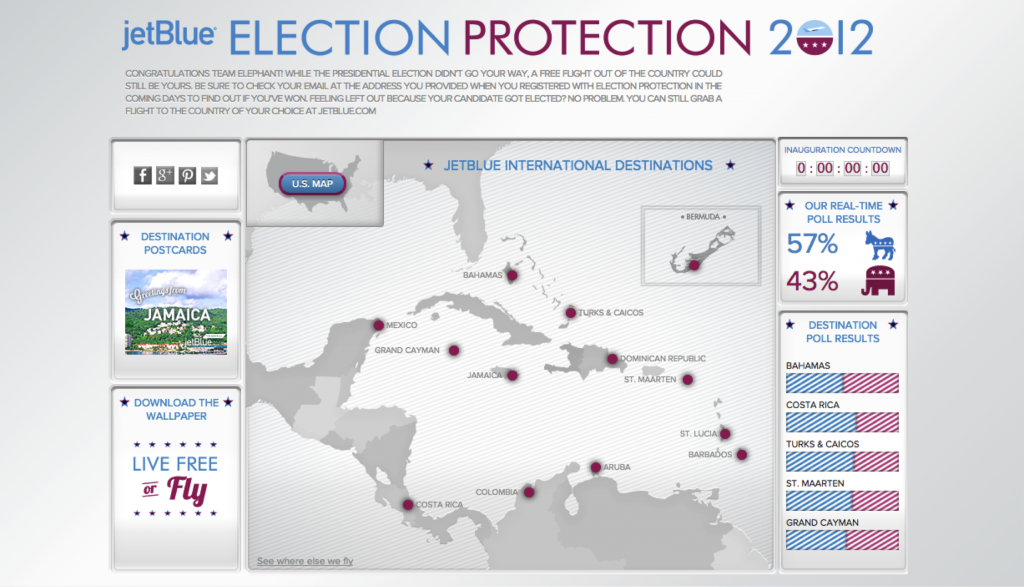 During the 2012 presidential election, JetBlue ran a marketing campaign called “Election Protection.” Anyone of voting age was able to enter the contest by sharing who they would be voting for via a registration form on the website. 1,006 one-way tickets to various destinations such as the Bahamas and St. Martien were then given away to participants whose preferred candidate had lost. The entire basis of the campaign was centered around the idea of people claiming they’re going to “leave the country if so and so is elected.”

The site gained “346,114 unique visits, 51 million impressions and 103,559 votes.” JetBlue was able to take a tired and old adage, and put a new spin on it. And they were able to include most of their potential audience. JetBlue targeted a specific group of participants and rewarded a significant number of them with a prize related to their political views. The timely campaign was covered by major media outlets and on social media under the hashtag #JetBlueElectionProtection. JetBlue made sure to include social media buttons on their website so interested parties could share the campaign with friends and family.

There are a multitude of ways to approach personalized marketing. It doesn’t always have to mean collecting cookies from people who peruse your website and providing them with relevant ads, or sending coupons in the mail. It is entirely possible to create a viable, viral campaign centered around targeting a few individuals. And, not surprisingly enough, they’ll be more than happy to do the talking for you, especially on social media.