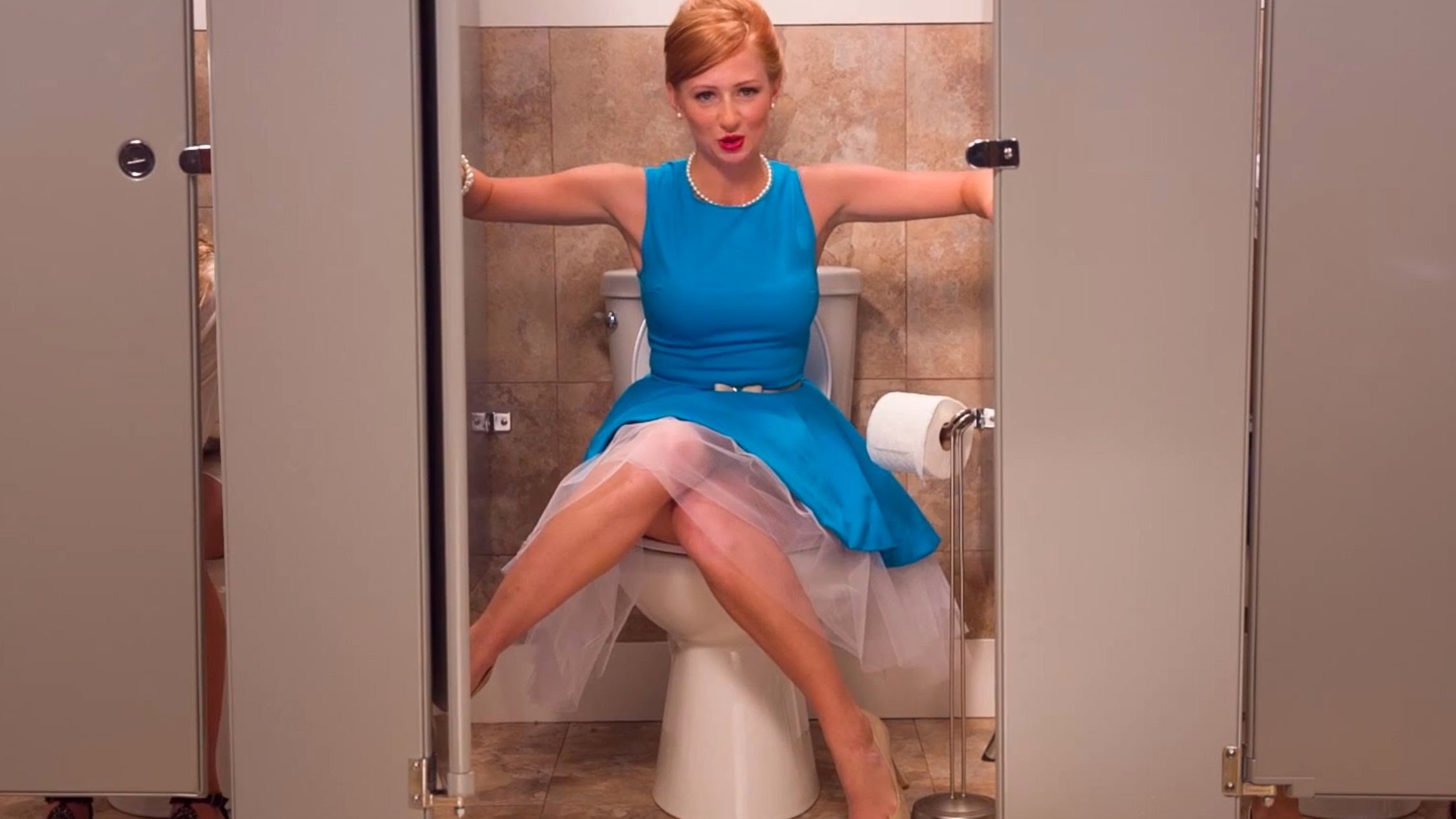 Nothing But Brilliant: Poo~Pourri Marketing

This is the second post in a weekly series on products with unexpectedly amazing marketing. Click here to check out the first post in the series, and subscribe to future postings in the series by entering your email in the top right corner of the page.

In the list of products that aren’t fun to market, bathroom products are right there at the top, along with tax software and thermostats. They’re boring, potentially embarrassing, but mostly, boring. How many ads can we watch of a woman in a sparkling white bathroom telling us that she has found the ultimate toilet cleaner?

Poo~Pourri, a company that sells odor-eliminating toilet sprays, refused to fall into this trap. Chances are you at least recognize Poo~Pourri from its viral YouTube clip, “Girls Don’t Poo.” In its first week online it had more than 278,000 shares, meaning that about one in every 22 viewers shared the clip. But that was over a year ago; so, why bring the company up today?

Because Poo~Pourri consistently executes brilliant marketing. Before coming into the YouTube limelight, Poo~Pourri was already a multimillion-dollar company marketing its sprays in clever ways. And since the viral hit, Poo~Pourri has continued to deliver original online campaigns. 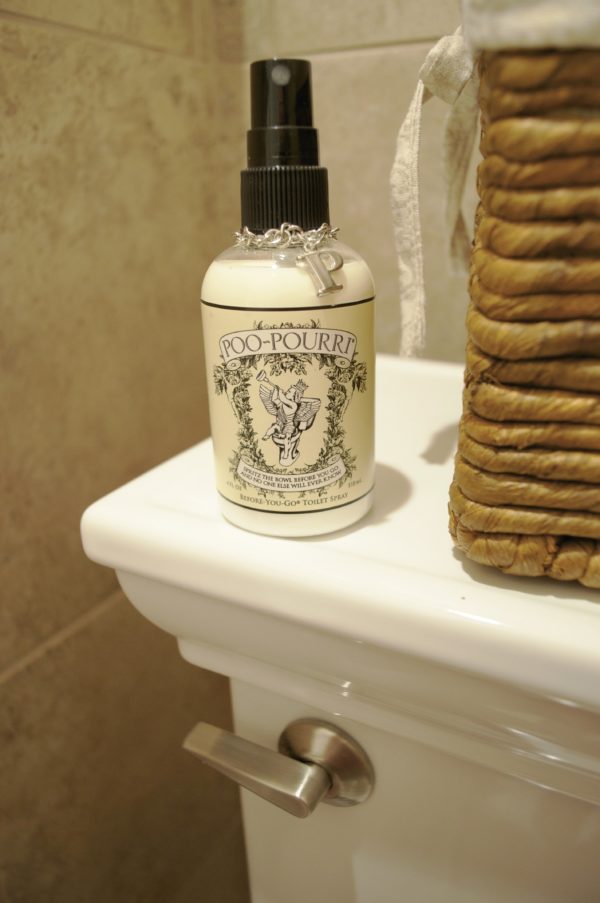 Poo~Pourri’s founder Suzy Batiz says her company’s marketing strategy is “to make a product so good that people want to talk about it.” Whether it’s the strength of their product or the strength of their ads, Poo~Pourri has successfully made a bathroom product interesting for eight years. So what can we learn from a company that’s always been able to get consumers to give a crap?

How can you sell a product at a trade show that requires a smelly bathroom? You get creative and grow a thick skin. Despite feeling completely out of place and almost bailing her first trade show, Batiz pushed forward.

While “everyone else’s products looked so professional,” Batiz blazed her own unique marketing trail. She hauled a toilet into the trade show and filled it with lemons. The display caught eyes and tangibly captured the intangible scent of Poo~Pourri. Poo~Pourri was profitable its second month of business.

From 2007 to 2013, Poo~Pourri organically grew into a multimillion-dollar company, thanks to Batiz’s calculated moves to ensure her product spread by word of mouth.

Batiz identified her main buyers as women and then went to her audience – selling her products at boutiques. Four months prior to Poo~Pourri’s viral hit, its products were being carried in over 8,000 boutiques across the US. At this point, 90% of its revenue came from sales to retailers — many of which were boutiques. Batiz purposely grew the business in boutiques “so that [Poo~Pourri] could create a good solid cult following.”

In September 2013, Poo~Pourri launched its first marketing video, “Girls Don’t Poo,” and it went huge. We’re talking 2013’s fifth most viewed ad in the world, huge. Beginner’s luck? Hardly. While luck will always play a part in viral clips, Batiz certainly supplied all the ingredients necessary for a hit.

After coming across Orabrush’s viral YouTube clips, Batiz knew she had to recruit the marketing mind behind the videos, Jeffrey Harmon, to make her first Poo~Pourri video. More than anything, Batiz liked Harmon’s style and knew he’d understand tone of Poo~Pourri’s brand.

Batiz upgraded her LinkedIn just to be able to message Harmon and sent multiple notes begging him to work with her. When Batiz and Harmon finally connected they created the YouTube sensation “Girls Don’t Poo.” Batiz demanded assistance from someone who’d perfectly reflect her brand’s voice. She refused to settle for anything less. It’s a prime example of how nailing the voice of your brand can make or break your marketing efforts.

While Poo~Pourri was created to mask the scent of bathroom odors, its social media team has wisely expanded the conversation. Anything that could lead to some restroom time is potential material for the social team to play off of.

During the 2015 Super Bowl, Poo~Pourri tweeted out facts about popular Super Bowl foods that’d inevitably lead to a quality bathroom visit. After all, nothing says I’ll see you in the restroom quite like an infographic with a giant headline reading, “12 Tons of Ultimate Nachos.”

After a great game of eating, drinking, and eating some more… be safe out there you guys… use Poo~Pourri. #pooperbowl — Poo~Pourri (@PooPourri) February 2, 2015

Poo~Pourri had fun with its Super Bowl hashtag, #pooperbowl, and tweeted out facts about how much the restroom would be used during the big game. At the end of all their messaging, is their peppy motto: spritz the bowl before-you-go and no one else will ever know!

The genius in Poo~Pourri ‘s marketing isn’t the puns or the rhymes. It’s in finding humourous ways to talk about a product that might otherwise embarrass people. The Poo~Pourri marketing team is selling a product to people who are embarrassed by bathrooms and don’t want to talk about bathroom smells. They handle this by making it very funny, and okay to laugh. And ultimately, ok to buy their product too.

What marketing tactics will Poo~Pourri use next? Only time will tell. But if there’s one thing we can learn from its past, it’s that Poo~Pourri ’s next marketing move will be stinking awesome.

Tune in next week to see how a middle-school dropout is transforming an industry. Until then you can read the first post in this series, or “comment” on this post by using the hashtag #socialstudies on any social channel. We’d love to hear about brands whose marketing you admire. Subscribe to this series by typing your email in the box at the top of the page.