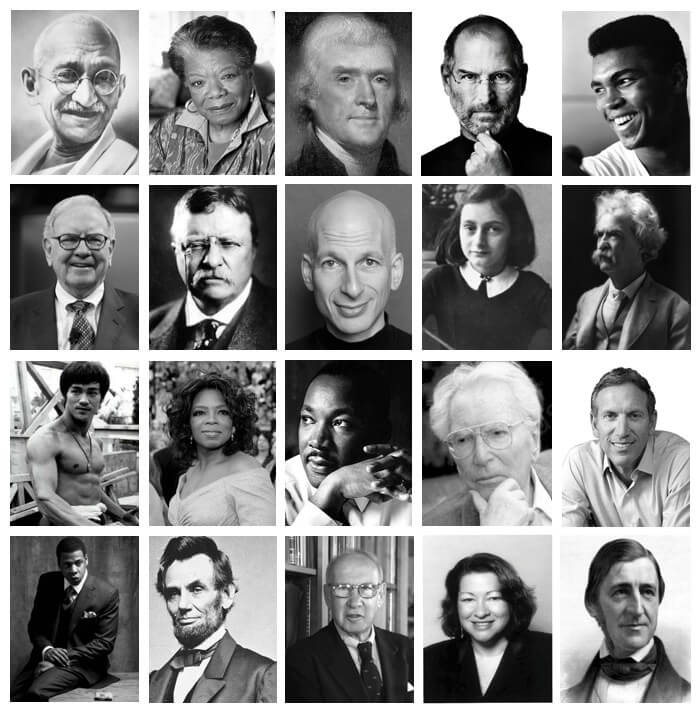 Entrepreneurs are too obsessed with being unique. Whether it be through patents, a strange business model, or a weird UI, everyone seems to be affected by this unfortunate startup variant of Not Invented Here Syndrome. Everyone is ready to answer the question “How are you different?”

However, it’s more productive to also consider the question “How are you the same”? What is it about different companies that make them successful? It isn’t necessarily bad to be like other companies, even if they are your competition.

That’s why we aren’t bashful when we explain our company’s culture/vision/tech in terms of the companies we admire. It isn’t a matter of simply copycatting the hottest new thing. It’s understanding why companies choose to use a certain technology or adopt a certain organizational policy. It’s about picking and choosing the parts of an organization that fit your needs and wants.We believe that it is critical to have organizational role models, much in the same way that it is critical to have personal role models. Without someone to follow, it is easier to lose sight of where you want to be, your organization’s goals and aspirations. A team’s vision and values can be written out in words, but far more powerful is watching another team execute them.

Why are organizational role models important?

What are important characteristics to consider in choosing an organizational role model?

Who are our role models?

In David’s video, he explains that a startup is a business, and a business is all about making money. So instead of ignoring the issue like many startups do, David encourages startups to start charging early. We agree with his strategies because our own success came from early monetization, and his talks inspired us to take the leap of faith!

Github has changed over the years but their emphasis on keeping a flat organizational hierarchy is reflected in their avoidance of the word “Manager”, instead preferring “Primarily Responsible Person (PRP)”. It can be argued that this distinction is purely etymological. However, their policies go beyond words, giving everyone the authority to make relevant decisions when it comes to how things are implemented. For example, how customer support processes are organized. As we grow, we want to make sure to follow their advice and hire “managers of one” and strive for as much individual autonomy as possible.

Etsy has engineered itself for developer happiness, and that’s something that we admire because a large part of day to day life involves the tedious things, including deploying code. Etsy’s investments in their 1 click deploy process and DevOps automation has led to numerous trickle-down improvements in their employees’ day to day lives. Less time waiting for scripts to run. Less time worrying about if code has made it to every server. More time doing what engineers love doing, making things. This is something we hope to have at Tint someday.

Buffer’s claim to fame is Transparency. And not just regular transparency, but a transparency that goes above and beyond what a regular company is comfortable with. They’ve published the formula they use to calculate their salary and also the salaries of their entire team. Unlike a traditional company that hides salary information so their employees stay in the dark, adopting the policy of “ignorance is bliss“, Buffer embraces transparency, addressing issues of perceived under/overcompensation as they come up. Being open about salary forces a company to be as fair as possible.

Let us know who your organization’s role models are in the comments! Or if you don’t have any, start reading about what other organizations in your industry are doing, what parts of them are wonderful, and how you want to be like them!

December 23, 2016
By clicking “Allow All”, you agree to the storing of cookies on your device to enhance site navigation, analyze site usage, and assist in our marketing efforts. Allow AllNo