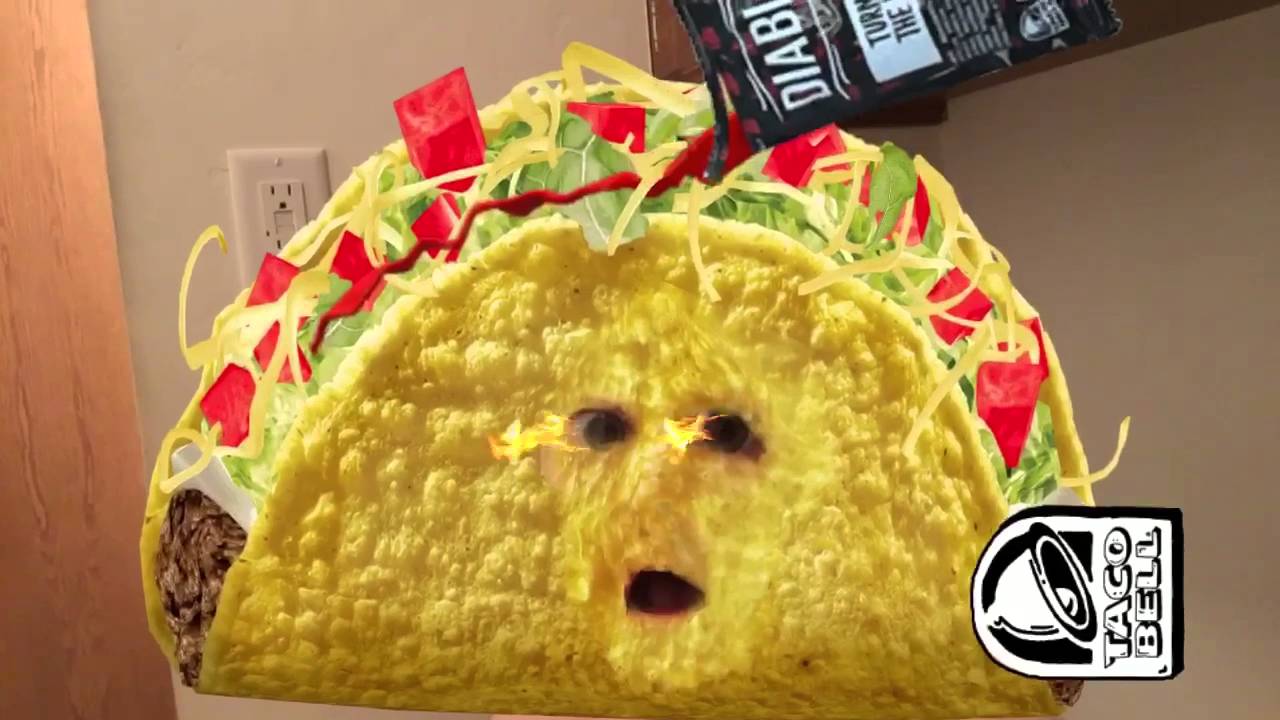 The Best Social Media Marketing Campaigns of 2017 (So Far)

The time has come to rank the best social campaigns of 2017 so far.

With so many new technologies popping up every day, we’ve put together a list of campaigns that have made an impact both offline and online, as well as ones that cover a whole range of industries.

So, if you’re looking for some inspiration for your next successful social campaign, look no further. We’ve put together the best campaigns of 2017 for your pleasure.

Taco Bell let Snapchat users live out their Cinco de Mayo fantasies this year by creating a weird and wonderful filter that allowed people to actually become a taco. 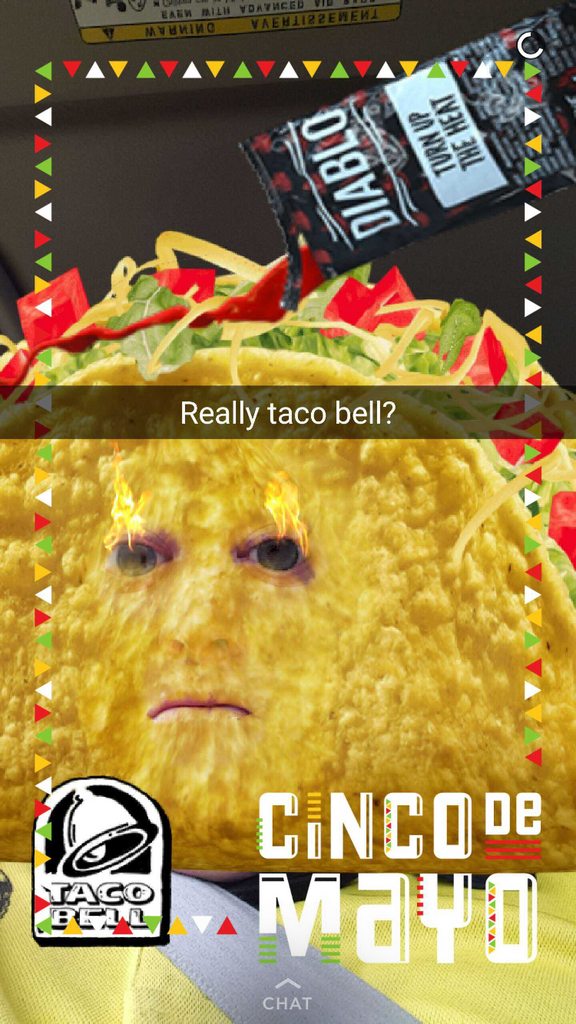 The huge fast food giant has always been a frontrunner when it comes to Snapchat – they’ve been using the channel for three years now, and famously used it to launch the Quesalupa as part of their Super Bowl campaign earlier in the year.

They were also the first brand to get their hands dirty with the new on-demand geofilters to plan and pull off six events around the big cheesy launch.

This time, they brought the taco to life.

I mean, who doesn’t want to become a taco, if only for a day?

The campaign went live for one day only on Cinco de Mayo and it quickly became the most viewed Snapchat lens ever.

In fact, it generated a whopping 12.5 years’ worth of play in just a single day.

How’s that for a big result?

Ryan Rimsnider, the senior manager of social strategy for the brand, said the foodilicious lens took six weeks to create, with his team working directly alongside Snapchat to perfect the taco-head look. 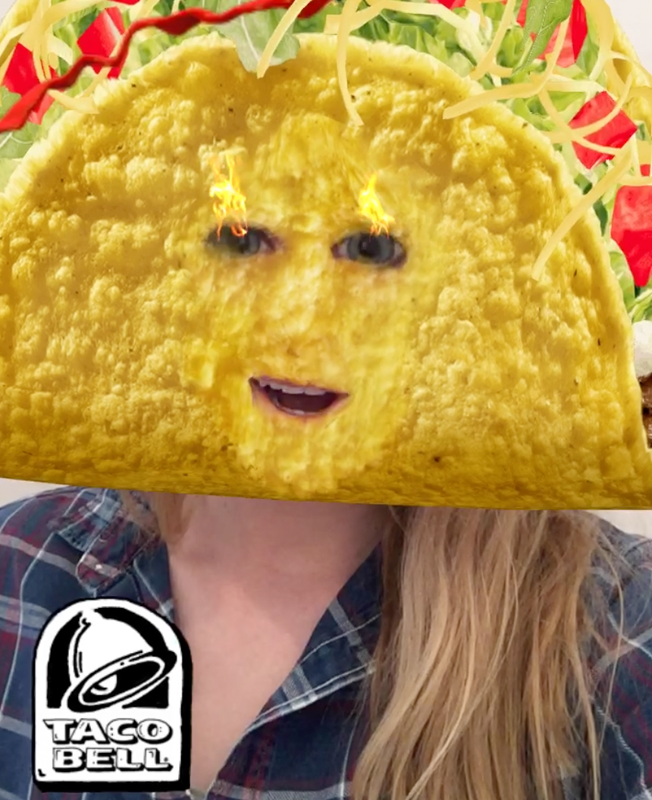 Though there was some paid advertising set up outside of Snapchat, most of the magic happened in the app.

The Sound of Priceless – MasterCard

The Chicago Cubs hadn’t made it to the World Series for 71 years. Until now.

And, as a sponsor of Major League Baseball, MasterCard saw the opportunity to become a part of history and ran with it with their Sound of Priceless campaign.

The aim was to connect with Cubs fans by rooting for the underdog and to get involved in the conversation that was happening around one of the biggest World Series’ ever.

MasterCard discovered a slice of hearsay that they based their campaign on: the idea the Wrigley Field fans lacked a certain amount of passion – or, more specifically, that they simply weren’t loud enough to be proper fans.

The Sound of Priceless hit that theory out of the water.

How? MasterCard built a sound meter app especially for the World Series to measure just how loud Wrigley Field fans were and used the results to create a unique piece of content.

For the ultimate finish, they released the film online and on social media just as the Cubs won the final game of the series.

Even with a small budget, the campaign generated 897,000 engagements, which included 527,000 video views. It was MasterCard’s most retweeted and shared video and the organic reach was 18% – 2x the average rate for other MasterCard content.

You probably know about #WomensMarch. This huge socially-fuelled event took over the world earlier this year, and its echoes are still playing out today.

It all began on election night when Teresa Shook set up a Facebook event page for a hypothetical march to protest the results.

Well-known activists jumped on the bandwagon and planning for a real march began two days later.

Facebook became the hub of activity, where people from all over the world could volunteer and advertise their sister marches, and the #WomensMarch site brought together all the social conversations in one place by adding TINT to their website. 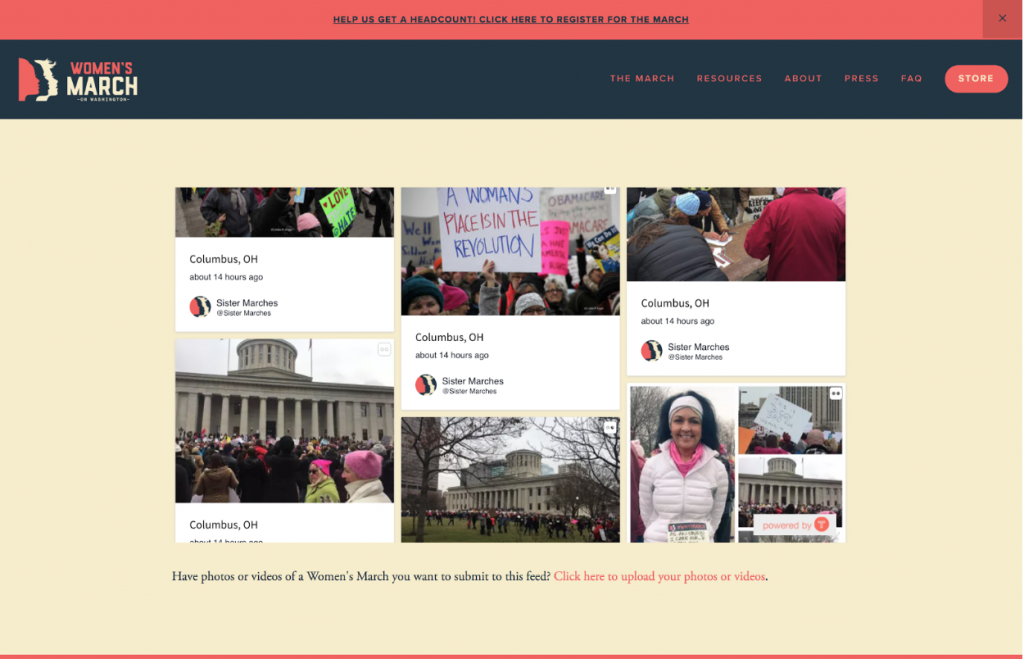 The movement won the Webby Award for the Best Social Movement – and for good reason.

Since the initial #WomensMarch, the organizers have used their platform as a launchpad to organize the largest one-day demonstration in the history of the US, with sister marches spanning hundreds of countries worldwide and attracting more than five million marchers. 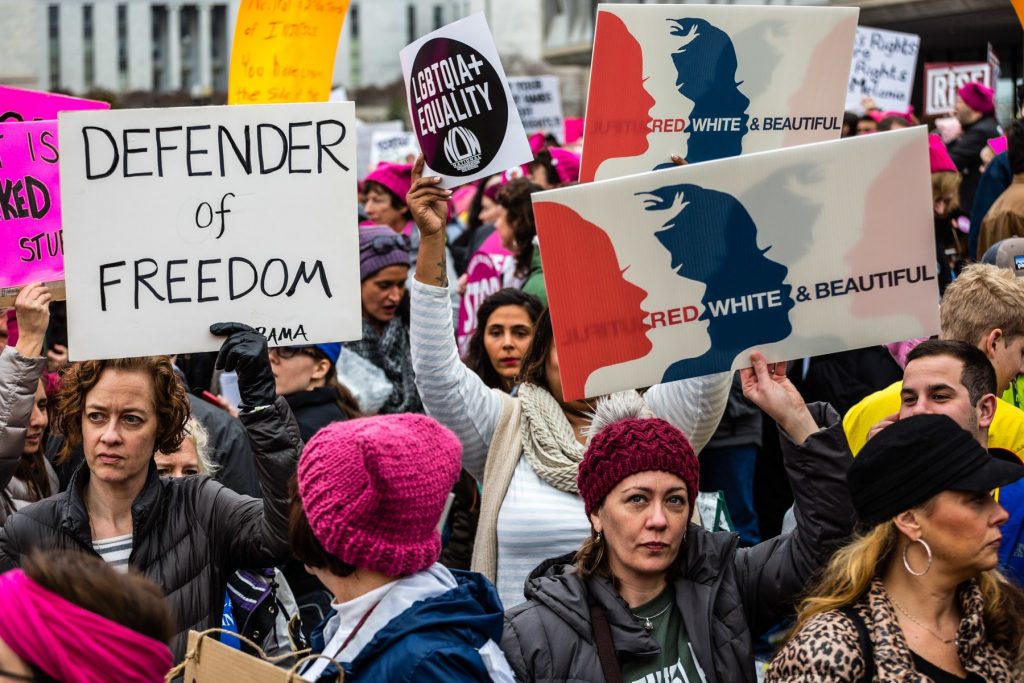 Despite the campaign being more of a “real-life event”, social media continues to play a huge part.

Facebook and other platforms keep people educated and engaged with the movement, and it has spurred on countless brand campaigns, including One’s #GirlCount, which fights for education for women around the globe, and Western Union’s #TheRaceIsON, which celebrates female empowerment.

The Super Bowl is prime time for brands to blast out world-famous social campaigns and, this year, Wix jumped on board.

So how did they do it?

Using Facebook Live to broadcast in-the-moment, the team at Wix displayed a live-stream of a football helmet submerged in ice. The lucky winner was announced when the ice block melted and the helmet fell out. 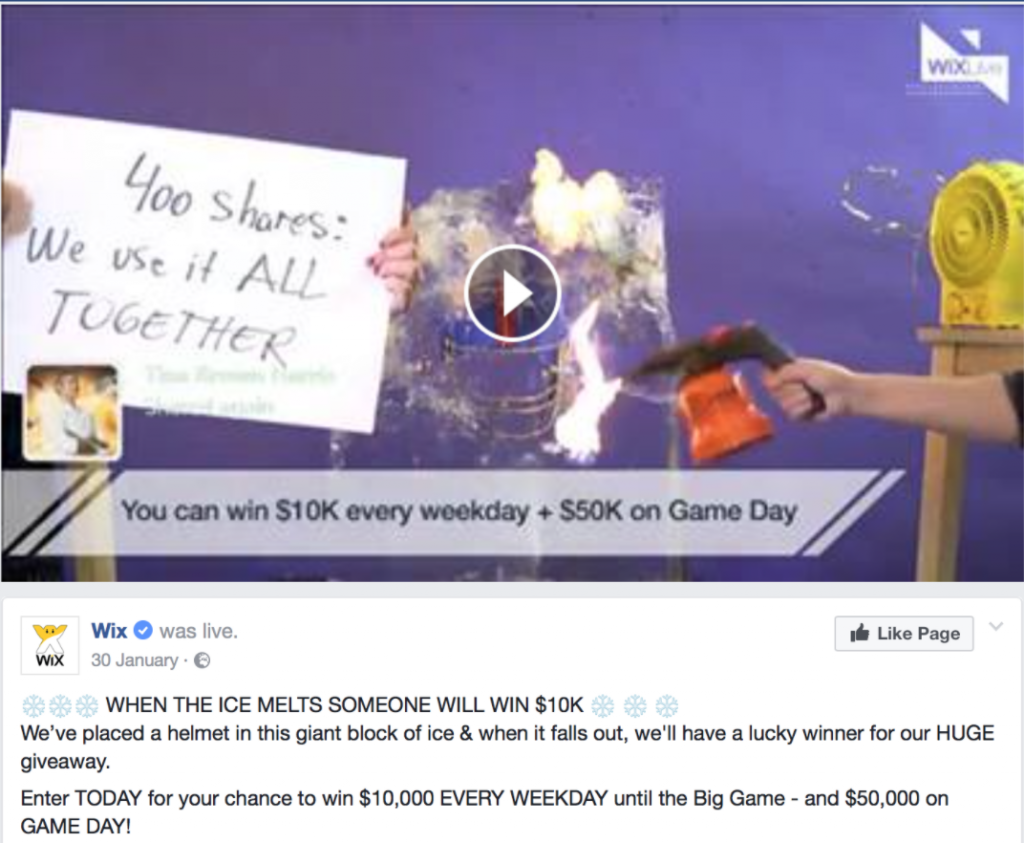 The Facebook Live videos were directed towards Wix’s Super Bowl Commercial that starred Gal Gadot and Jason Statham. It racked up an impressive 5.5 million views on YouTube to date. 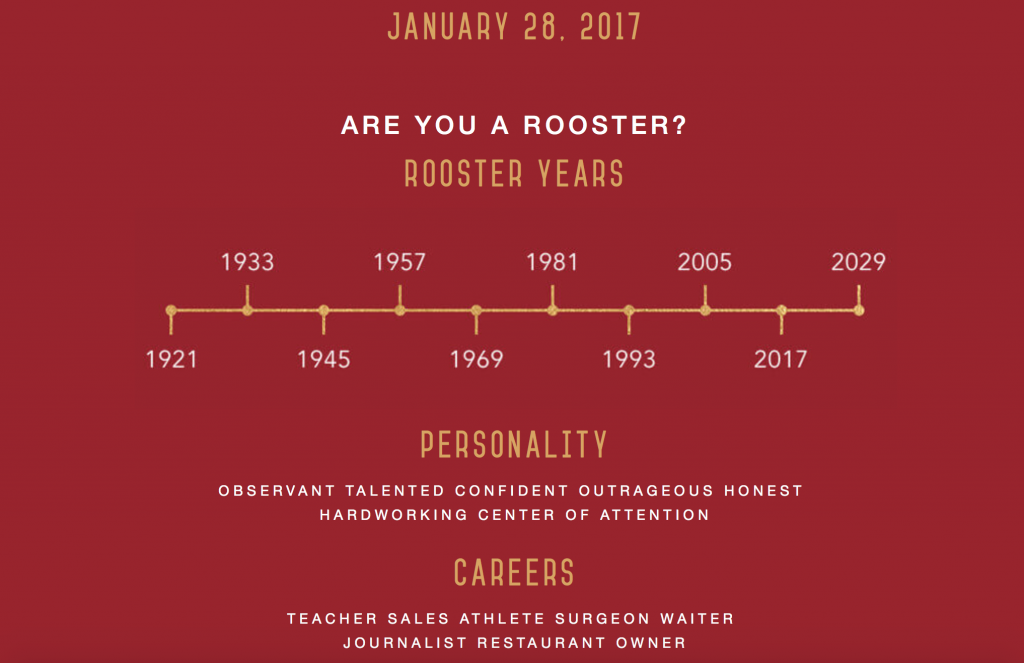 The idea was to celebrate the centuries-old Chinese tradition of handing out money-filled red envelopes.

If you’re thinking it’s the money that matters though, you’re wrong.

Instead, it’s the red envelopes that are symbolic – they represent energy, happiness, and good fortune in the New Year.

PF Changs ran the campaign for a month, giving away thousands of dollars in gift cards and even a trip for two to Chinatown in either Chicago, New York, or San Francisco.

They dedicated a landing page with a TINT, where people could showcase their New Year wishes and add a social dimension to the campaign.

We Are Here – Airbnb

Imagine a world where there were no queues and everyone could find their own adventure, no matter how obscure. 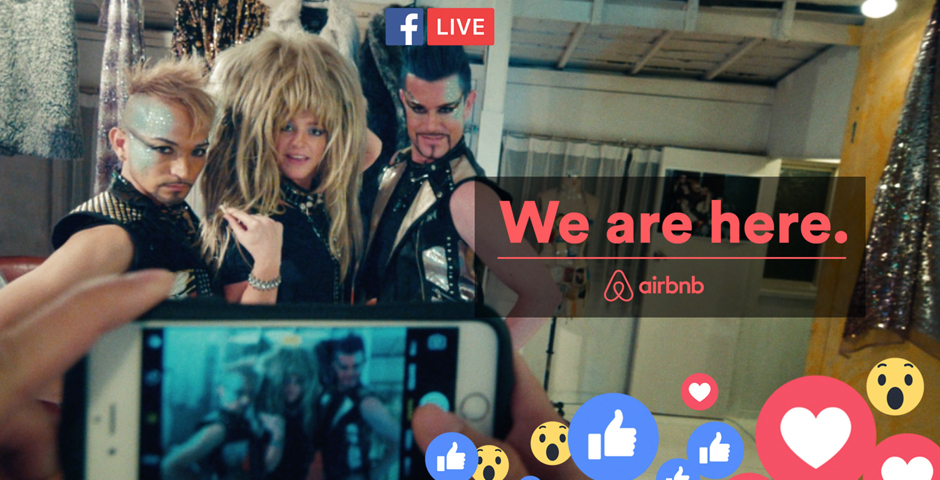 The unique booking platform launched a brand new app back in November that allowed people to take part in experiences that were hosted by real people in the local community.

The idea? To embrace human connection and dig deep to find that thing that makes travel so magical.

Their “We Are Here” campaign took people to Airbnb Hosted Experiences around the world via six unique films from six different cities to promote the brand’s new Trips feature. 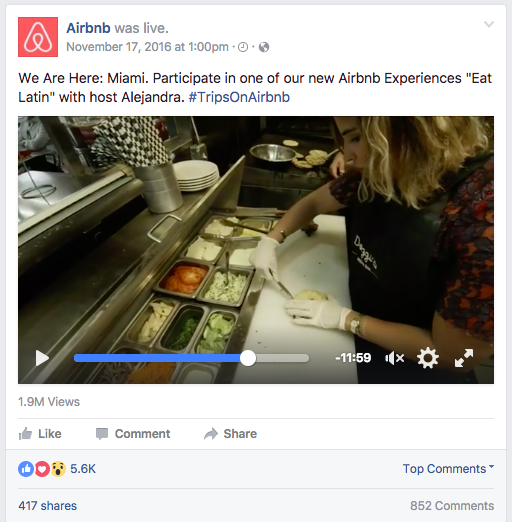 Each film was created Live on Facebook to help the viewer feel like they were right there exploring with the videographer.

The campaign saw a 22 point lift in ad recall and a 7 point lift in brand favorability. Overall, We Are Here saw more than 6 million participants take part from all over the world in the first 24 hours alone.

Airbnb noted that the campaign encouraged Inferred Participation as a new engagement method.

This saw people from thirteen countries around the world naturally adding to the conversation on the Live videos, proving that the Trips feature had global appeal.

Purdue’s Day of Giving was in its fourth year this year, and the university ran a slick 24-hour online donation drive that was promoted and publicized all over campus.

The aim was to beat the previous year’s record-breaking donation amount of $18.3 million by utilizing social media – a medium that the vast majority of students were well-versed in.

Alongside online campaigns, there were a range of in-person events set up to celebrate the drive, and the results proved just how successful the campaign had been.

The online presence and in-person events helped smashed the previous year’s donations out of the water, pulling in more than $20 million in just a day. 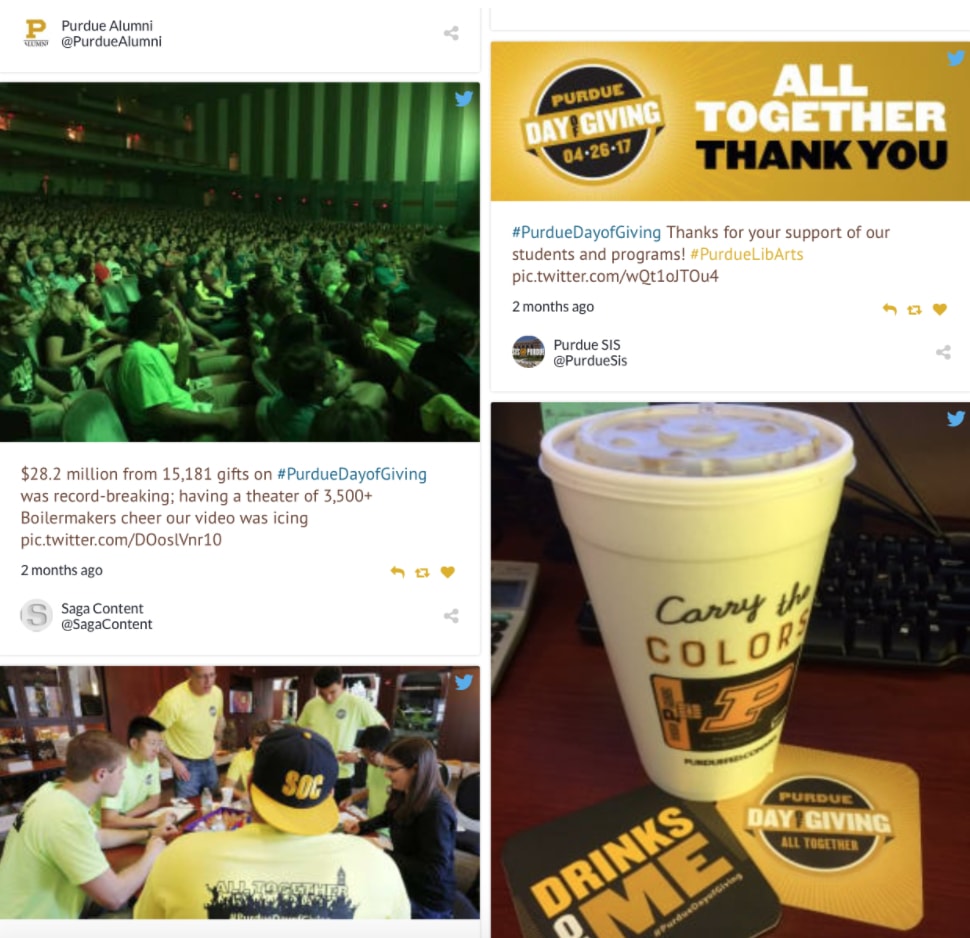 Tweets and other social media shoutouts that used the hashtag #PurdueDayofGiving were curated together on a dedicated page with TINT, so that a buzz was created around the campaign to generate more interest and, ultimately, more donations. 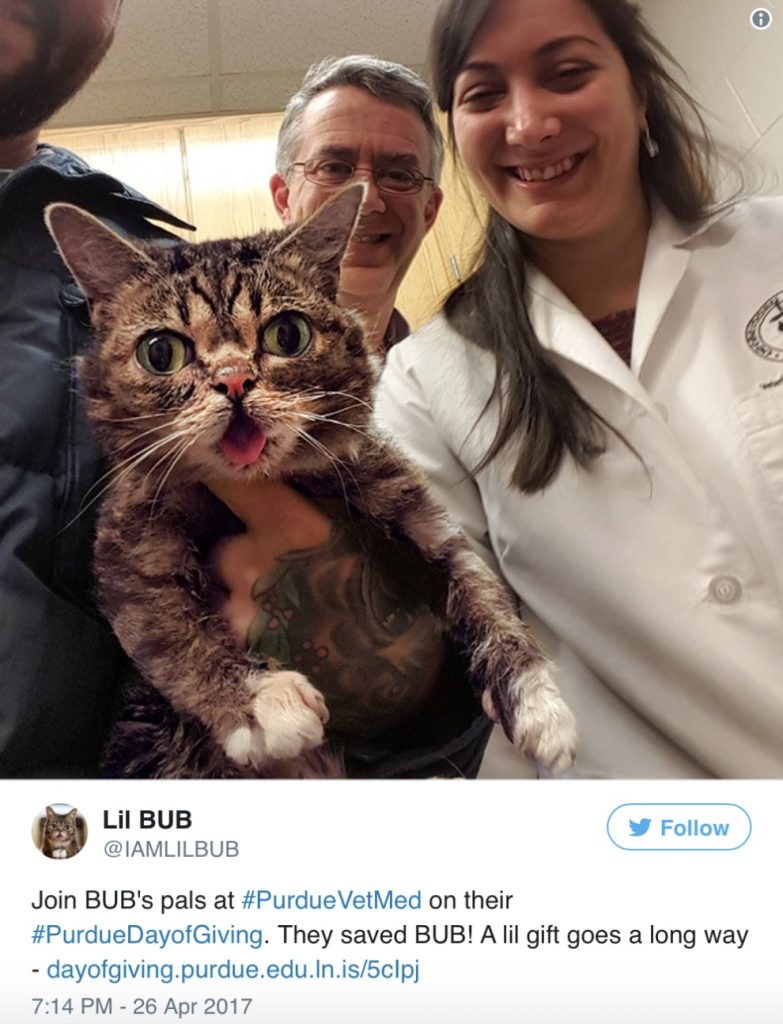 Deadpool’s promotional campaign was heroic, just like its superhero star. In order to re-energize fans and engage newcomers, Fox Home Entertainment put together a unique campaign to show the hilarity of the film and to raise its profile around the world.

Partly because the outrageous personality of the anti-hero was a flash of ingenuity in an otherwise pretty predictable genre, and partly because the range of social commentary and marketing mediums reflected the theme of the film so perfectly.

The Webby award-winning campaign played on Deadpool’s self-aware personality, which made him the ideal candidate for rowdy Snapchat stories and other social media parodies. 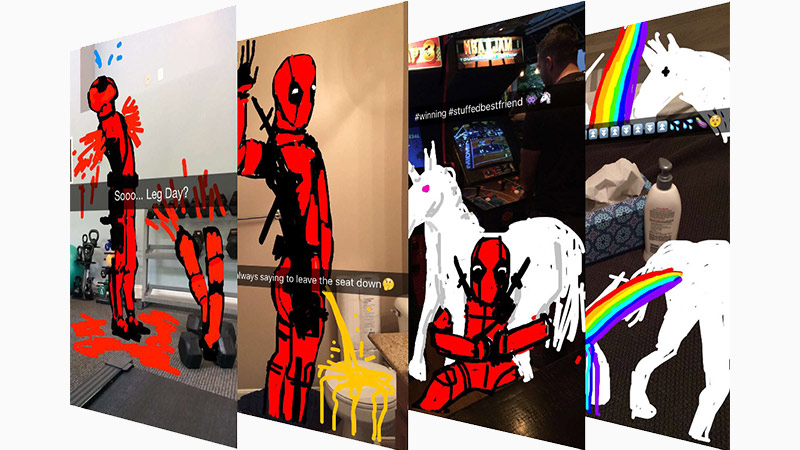 To get the message across, a slew of campaigns were slotted into place, including original videos, Snapchat stories, an iTunes takeover, creative social media management, and panel discussions that continued the conversation with fans.

Seems like a lot to keep up with, right?

As you can see, successfully executed social media campaigns have the power to drive huge donations, garner incredible sales, and get more impressions than ever before.

As you can see, brands have been implementing social media in a wide range of ways this year to get their message out there.

The key is to be creative and, remember: people love to feel like they’re a part of something.

So, whatever methods you decide to use – whether that’s Facebook Live, a dedicated hashtag campaign, or something Deadpool-inspired – make sure you start a conversation around your brand that gets everyone talking.

If you have any social media campaigns in the works and need some help, reach out and we’d love to strategize with you!