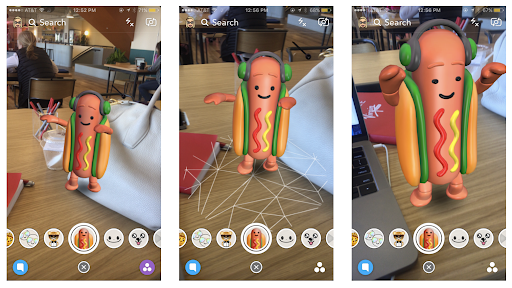 Our Favorite AR Marketing Wins of 2018

Augmented Reality (AR) burst onto the scene in 2016, with the popularity of the smartphone app Pokemon Go. Many other consumer-facing brands took advantage of the AR frontier in 2018, and launched some of our favorite marketing wins of the year. Check out how they marketed to consumers with AR, why their campaigns topped our watch list, and how AR naturally works with User Generated Content (UGC).

What is Augmented Reality? 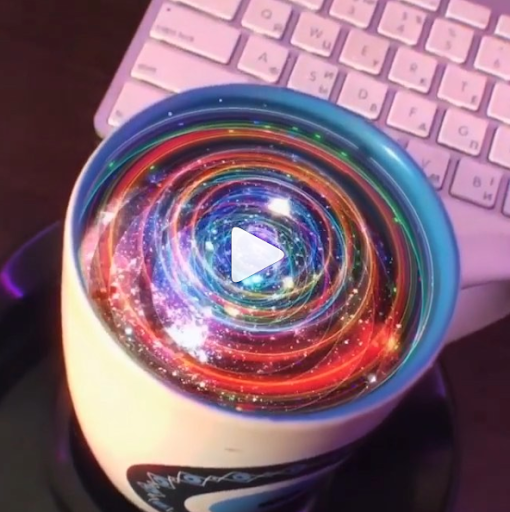 Augmented reality (AR) stands in between reality and virtual reality: People see reality with a digital augmentation overlaid. Snapchat lenses offer a concrete example: They overlay an animated feature over a user’s selfie photo to create a selfie that blends real and digital.

Brands can use AR to market to consumers in a variety of ways, such as:

Growth and Popularity of AR 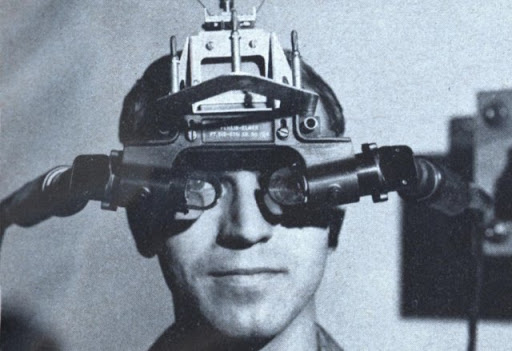 Augmented reality may have captured public attention in 2016, but the technology was first developed in 1968, with a head-mounted display system that showed wireframe projections. In 1974, the first immersive augmented reality laboratory was developed. This was the first time that people could interact with life-sized digital images.

The next big leap for AR was in service, as car manufacturers such as Volkswagen began to use AR to replace the standard paper manual. Service technicians could diagnose and repair cars much faster using AR.

Google Glass, which debuted in 2014, piqued consumer interest in AR but didn’t catch on. As smartphone adoption spread, so did interest in AR — and marketers began to take notice. 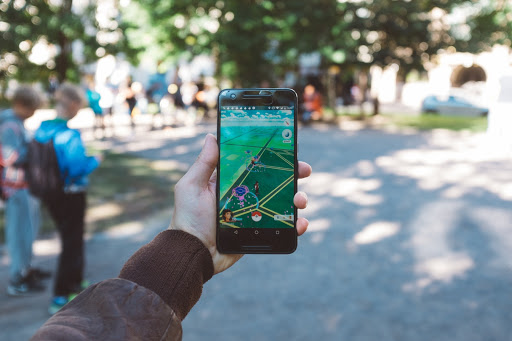 When Pokemon Go debuted in 2016, the game was the tipping point for this technology. By December 2017, the app had 750 million downloads and enjoyed some 5 million daily users. With such an impact, no wonder marketers saw the potential.

In 2016, AR had a market value of $6.1 billion. By 2022, augmented reality is projected to be worth $209.2 billion. The growth and accessibility of smartphones worldwide drove the explosion in augmented reality.

Today, corporate adoption of AR technology is widespread. According to a Deloitte survey, 88% of mid-market companies say they use some variety of virtual or augmented reality for business.

By January 2018, close to 2,000 apps in Apple’s app store used AR. The next growth area for AR is poised with User-Generated Content (UGC), which can easily, automatically branded for seamless marketing campaigns.

1. Felix Up to Mischief 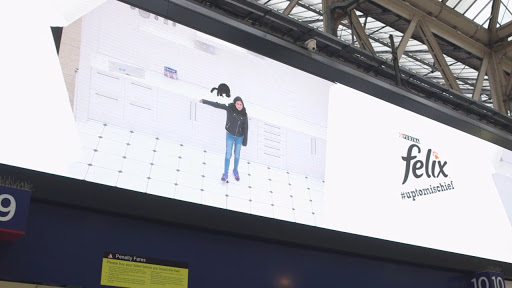 Pet food brand Felix playfully used AR in its Up to Mischief campaign, which launched in London’s Waterloo Station. A 3D Felix the Cat projection was displayed on a 40-meter screen inside the station. Commuters could watch as the AR cat interacted with travelers. This was a win for the pet food brand because they used AR technology to entertain an otherwise captive audience.

Data showed brand engagement was up more than 18 percent after the campaign, and that over 7% more shoppers would consider buying Felix brand pet food. 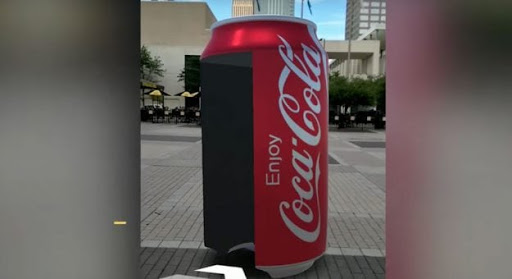 For this year’s NASCAR Playoffs, NASCAR and Coca Cola collaborated on an AR game. Racing fans could point their phones at a can of coke to unlock a soda can time machine where they could view great moments in NASCAR history. To boost app usage during the 10-week Playoffs, Coca Cola and NASCAR added fresh content every week.

Coca Cola has long been a leader in AR marketing, and NASCAR wanted to partner with the brand to capture a new audience. 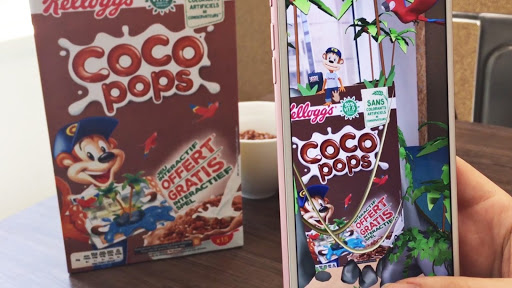 AR is a natural fit for marketing to children, given the game-like appeal. No wonder cereal maker Kellogg thought to pair the two with an AR campaign focused on children’s learning. The Island Adventure AR campaign turned cereal boxes into islands filled with animals, then shared animal trivia questions.

What AR Means for UGC Marketing

Consumers want to participate in pop-up experiences like the Felix Up to Mischief campaign, and they want to share photos and videos of themselves in AR experiences on social media, as the popularity of Snapchat lenses and Pokemon Go demonstrate.

AR is already linked heavily with social media, as in Snapchat. In the same way, brand integration with User-Generated Content (UGC) marketing is a natural pairing for consumers, who are growing used to AR and who will naturally share content they enjoy. 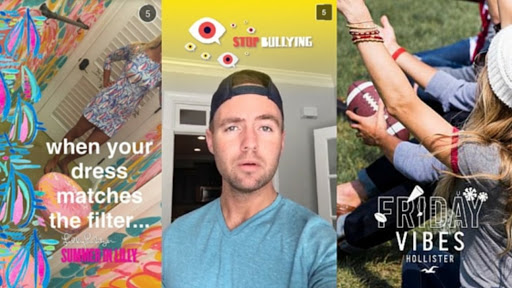 Brands can make it easy for consumers to create and share UGC within augmented realities to capitalize on the novelty factor and increase exposure. AR-based apps automatically brand content as users interact with them. By pairing campaigns with brand assets — like the Felix brand’s well-known #uptomischief hashtag — and providing novel content to spark engagement and use, as NASCAR and Coca-Cola did, AR campaigns can capture user interest and enable social sharing.

Augmented Reality is quickly influencing how businesses create an immersive and interactive brand experience for consumers. As more consumers share their AR stories, brands are increasingly compelled to do the same. At TINT, we help brands leverage User Generated Content (UGC) to tell their best stories in an authentic and memorable way. Interested in making today’s content, into tomorrow’s marketing success? Request a demo to get started!