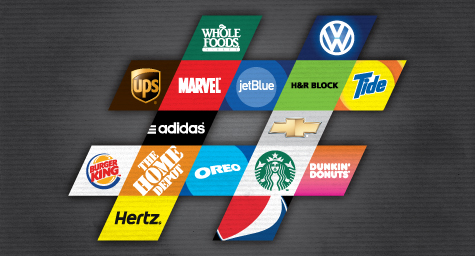 Hashtag campaigns have become a norm of our social media interactions with brands online. From the White House’s #40dollar campaign, to Edge Shave Gel’s #soirritating; many active social users are familiar and comfortable with getting involved in brand’s digital conversations. But today, these hashtag campaigns aren’t just living on social media, they are starting to jump out of the screen and into traditional ad campaigns on billboards, TV commercials and print ads. This year at the Super Bowl, hashtags were used in 57% of nationally-run ads, that’s a large chunk of ads using hashtags if you ask us.

Here are some great examples of social advertising:

In early 2014, Bud Light launched its #UpForWhatever campaign. The hashtag ran on the national video and print ads to start a digital conversation about what people are ‘up for’. Bud Light also invested in Google ads to promote the hashtag by using site links allowing people to watch all of the teasers continuously.

Pepsi Max took over a bus shelter in London to create a real life digital experience for bus riders. The bus shelter ad mirrored what was happening in real life next to the stop, then overlaid videos of animals, aliens and monsters so they appeared to truly be there. The ad was part of their international campaign, #LiveForNow and went viral to more than six million YouTube watchers and was shared across all platforms.

Airbnb took their #AirbnbHV campaign to another digital level with an inspirational social campaign. Now while this wasn’t a traditional campaign, it really caught our attention as an innovative way to use digital in global advertising. They created a film directed via Twitter and shot entirely on Vine. They created a script to tell the Airbnb story and broke it down into tweets, asking followers to create vines of each tweet using the hashtag. Check out this video explaining the campaign from Airbnb:


The #AirbnbHV campaign garnered 75 million Twitter impressions and grew Airbnb’s followers by 10,000 – the campaign results were definitely a success.

Digital Advertising with social is definitely becoming the norm in the industry as more and more brands get creative with their digital strategy. Tint is able to aggregate the conversations created via these advertisements, and then display all the hashtag conversations on any website, on any TV screen, on any digital billboard, or on any ad unit online.

This leads to more reach of your content (since this content is not only trapped on the social networks anymore) and more engagement with your audiences (since they’ll get their 15 seconds of fame on the screens). Using Tint’s services, you can then analyze the impact of the campaign, allowing the brand to reevaluate campaign strategy moving forward to continue to grow in success like Travelocity did.

The leading online booking sites ran a 30 second TV ad spot asking consumers to share a destination they want to go using the hashtag, #iwannago, for the chance to win a $30,000 trip. The results were huge! They received over 25,000 posts, reaching 30 million social impressions. According to their Director of Marketing, it was one of the most successful marketing campaigns they’ve ever ran. We’re excited to see where the future takes digital advertising with social! Bonus: if you Google search #iwannago , check out the first result.

What are some great examples of digital advertising with social have you seen? Let us know in the comments below!