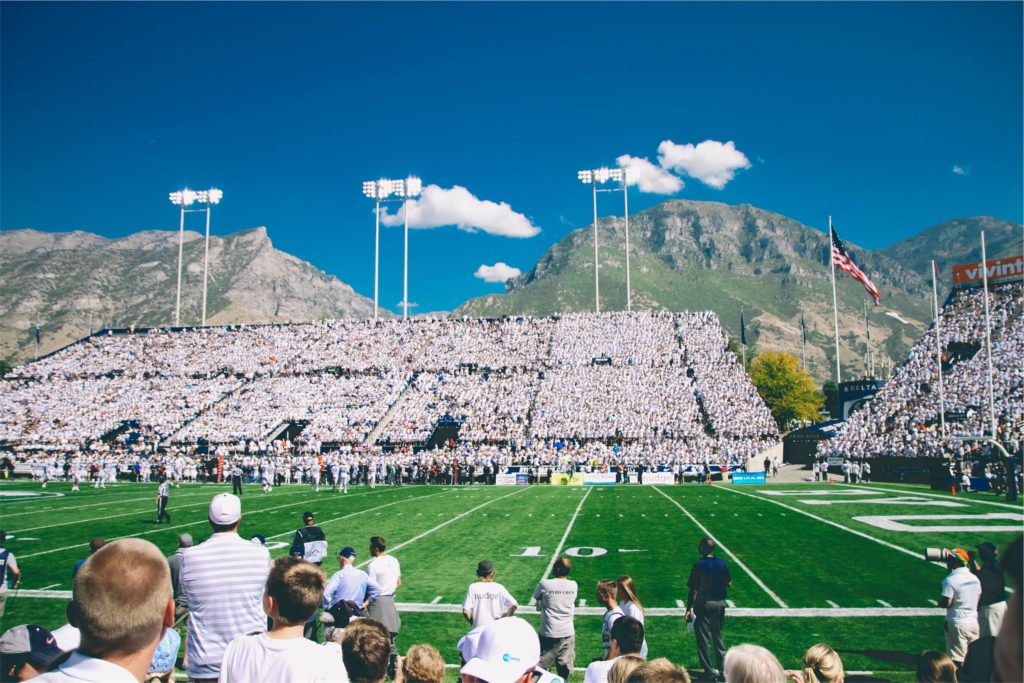 Get in the Game: Utilizing Social Media for Sports

Sports fans everywhere support their teams both on and off social media. They talk about their favorite players, ridiculous calls, scores, and everything sports. With social hubs, you can now leverage these conversations to generate more revenue for your team. This is a key way to utilize social media for sports teams.

What does a social hub for sporting events + teams look like? It is a centralized feed that pulls together any or all social media posts into one place. It can be displayed on your website, digital billboards, TV screens, and jumbotrons to engage your fans. 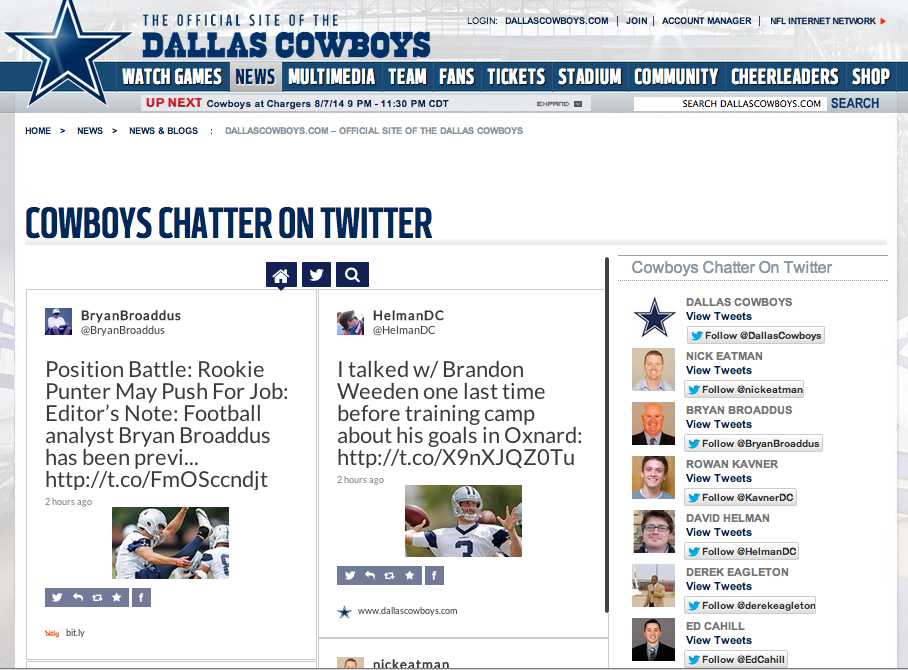 How do social hubs change the game for the sports industry? It makes it easier for your sports team to sell tickets, get sponsors, and encourage fan participation.

Here are the 4 ways.

Whether your fans are at the game or watching at home, they want to be involved. One of the best ways to generate buzz around your team is to run a hashtag campaign. It is inclusive, engaging, and offers various incentives.

Take for example Liverpool’s soccer team. Their hashtag campaign #theKOP is wildly popular year-round because they offer their fans the opportunity to be featured on their social hub, which is displayed on their website. With curation abilities, Liverpool is able to incentivize fan participation by choosing only the best posts to be featured on the website. At no cost to them, they are able to extend the conversation and reward their best fans, all the while, incentivizing many other people to join in. 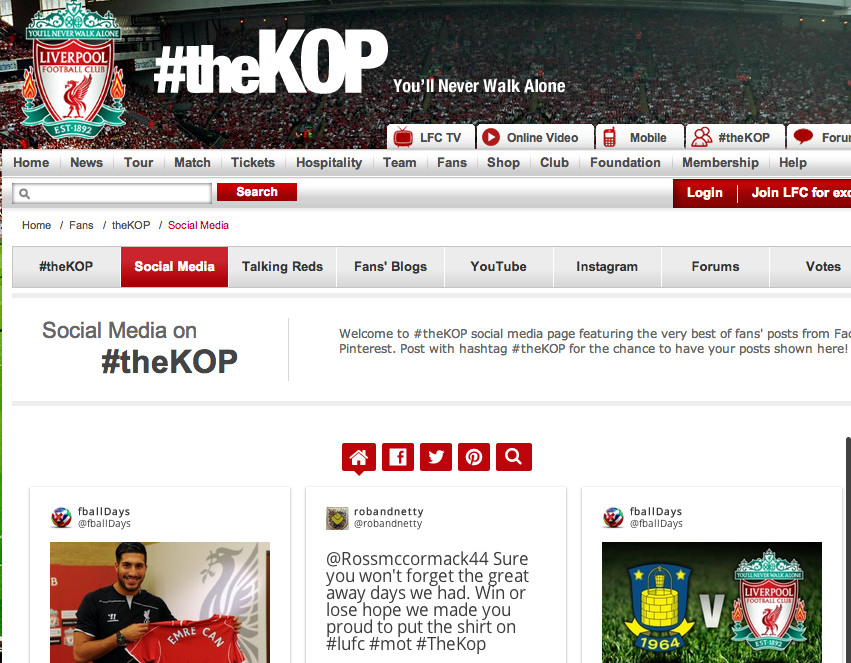 Hashtag campaigns are not limited to the web. You can incentivize social posts around your hashtag during live games. Just like the kiss-cam, selfie campaigns and sponsored hashtags can be featured on a stadium jumbotron during half-time. This encourages interaction during the game, offering fans the chance to be recognized for their support on the big screen!

Let’s take one of the most notorious teams in the NBA: the Cleveland Cavaliers. Here, they have a consistent feed of #gocavs posts with a huge fan base to pull from. They could easily add a sponsored post for brands like Adidas, or even merchandisers like the NBA store, for fans to purchase Lebron’s new jersey (like the first post shown below). 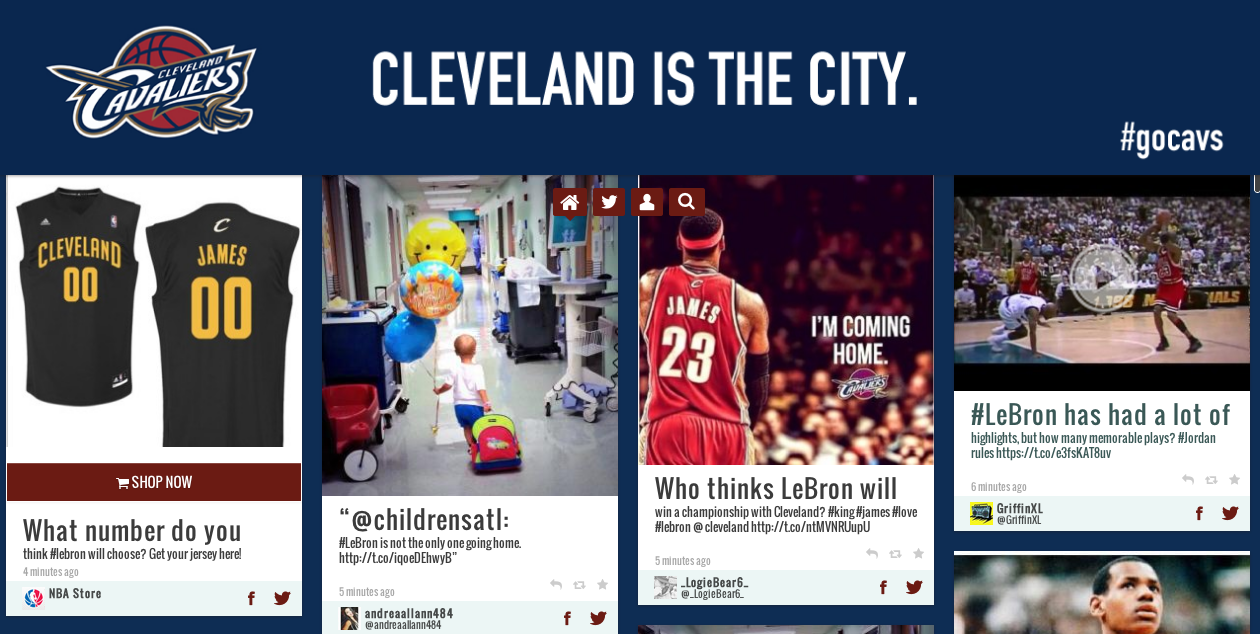 Everyone wants a ticket to the game. Now you can leverage your user-generated social posts shared about your team and add a call-to-action (CTA) button to get more (season) tickets sold. What is a call to action? It directs the user to do something, for example a button that says “GET TICKETS.” See below our example for how the Patriots could sell tickets, even before the season starts.

This is social marketing at its finest. You can finally leverage these authentic, genuine social content shared by your fans into opportunities to generate more sales.

After the initial excitement of attending a game or watching it on TV, fans want the deets. If they aren’t close to a TV, they use social media to check the score, how players are peforming, and time on the clock, among many other pieces of information. 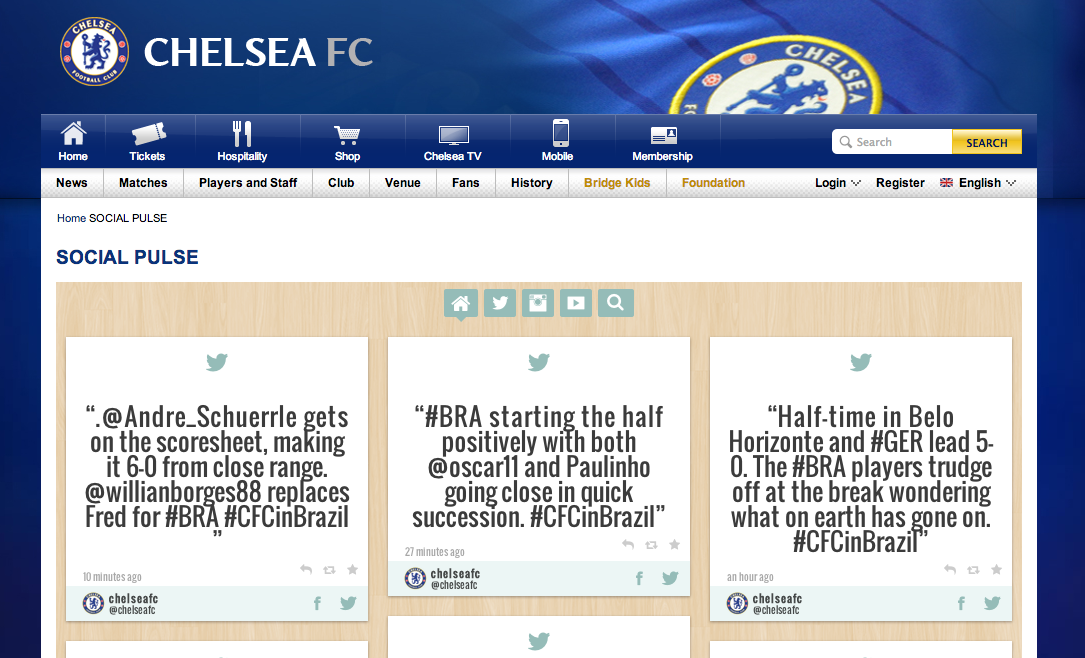 With the popularity of mobile apps like ESPN, sports teams also create mobile apps for their their fans to follow the game and participate in real-time. Below shows Boise State integrating Tint’s social hub into their app to provide fans with real-time social updates, scores, and posts from other fans. 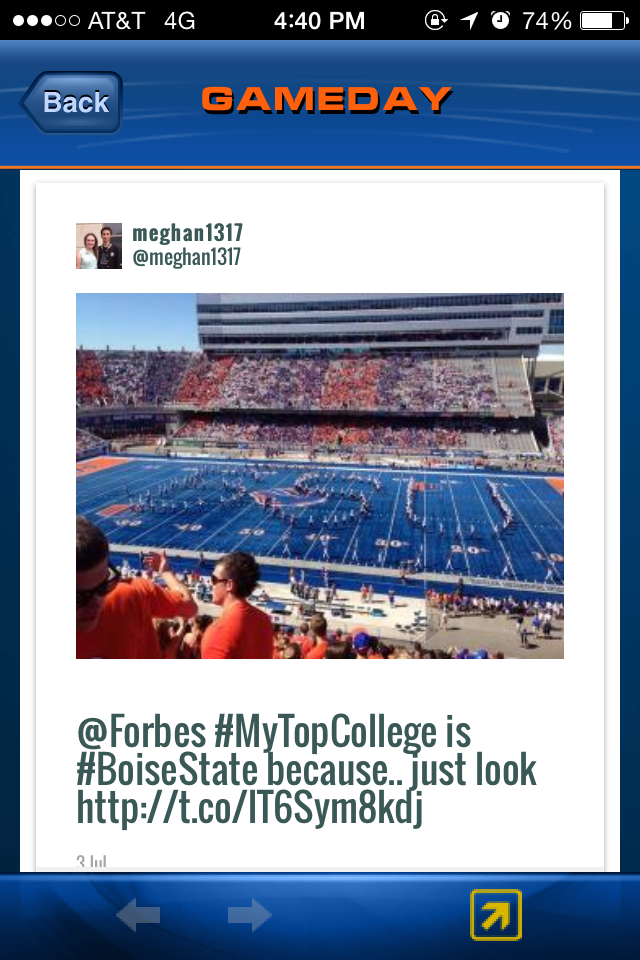 The more information and live updates about your team, the more fans are willing to become involved. A social hub provides them with engaging content, whether from other fans or the team itself.

Implementing a social hub can be a huge game-changer for your team by promoting the growth of a more loyal fanbase.

Want to learn more about using social hubs for marketing and sales? Follow us on Facebook and Twitter for the best tips, strategies and team examples.

Have any other great examples you’ve seen from sports teams we missed? Or have you ever engaged with a hashtag on your sports team? Were you rewarded in some way? Let us know in the comments below!