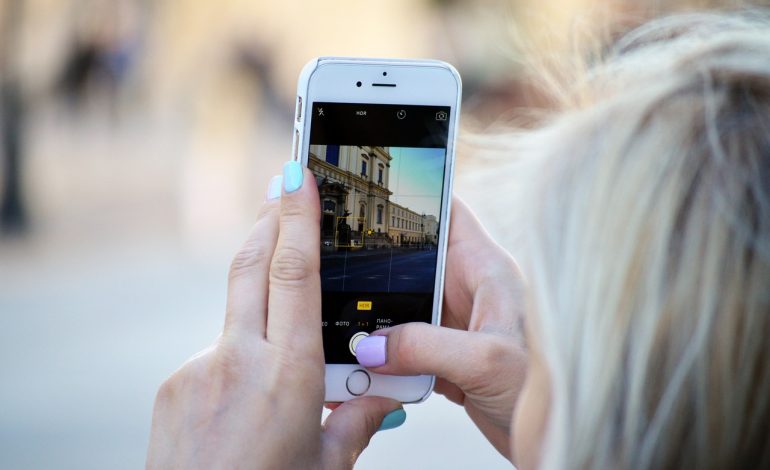 All posts > Marketing > What is UGC and why is it important?

In 2018, one of the most anticipated royal weddings of all time took place between Prince Harry of England and American TV star Meghan Markle.

In the past, royal weddings have been exactly that – royal affairs – but this time things were a bit different. As well as sending traditional reporters, the BBC also sent 50 members of the general public to watch the wedding and share their experiences via social media. 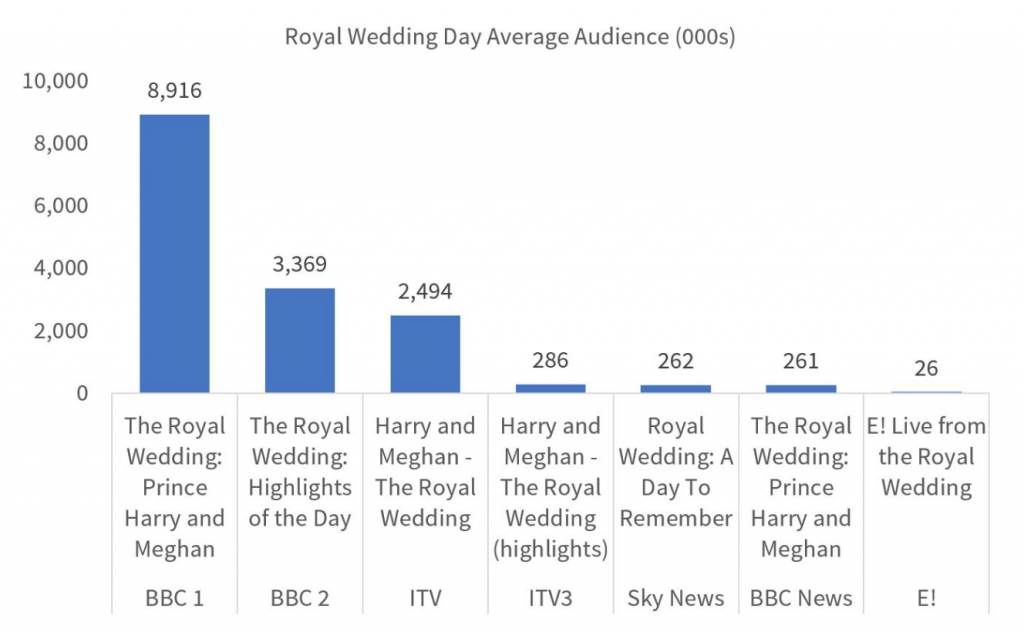 As a result, the BBC drove the biggest audience during the wedding. Source.

People trust the opinions of their peers more than brands or businesses— which is why UGC remains so powerful.

In fact, the BBC’s royal wedding stunt shows that UGC is more powerful than ever, and has a place in every situation – including even the most royal of affairs.

At its most basic level, UGC refers to any kind of content (videos, photos, GIFs, memes, blog posts, and audio, for example) that has been created and shared by users online.

The immediacy of UGC means it’s particularly effective in capturing the fleeting attention spans of Generation Z (a.k.a. the post-millennial generation). These tech-savvy internet users have only known a world dictated by technology. With brands cluttering every corner of the internet they’ve become immune to messages created by these brands.

As a result, they are difficult to attract and even harder to convert, especially when  they are part of a well-polished marketing attempt. Instead, they turn to ephemeral channels like Snapchat (2.1 million Snapchat pictures are taken every minute) where brands aren’t as pervasive and the conversations feel more real. 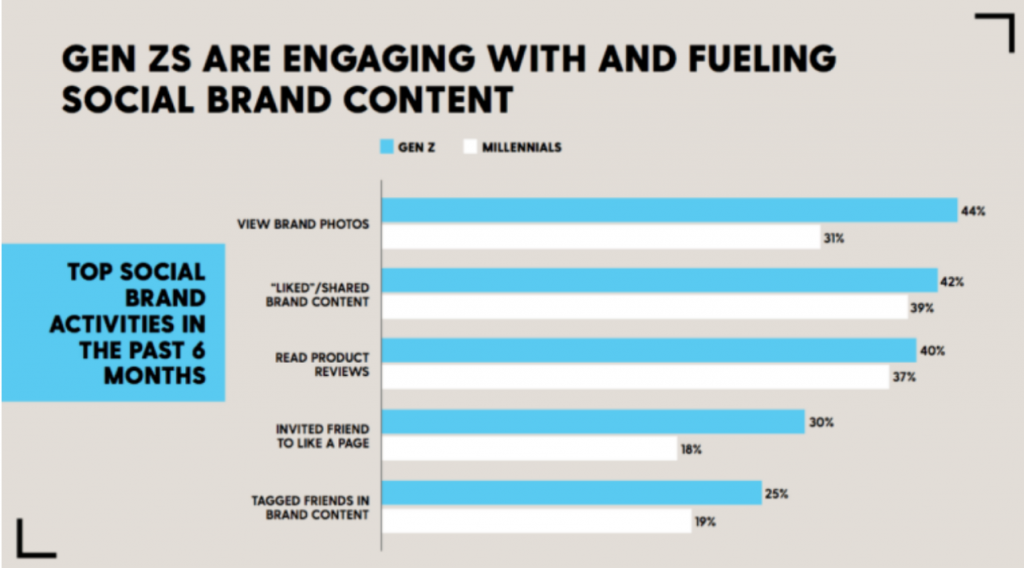 Trying to connect with this younger audience is a major pain point for many brands, which is why they turn to UGC. This has proven to be a powerful component in today’s marketing mix.

Trust is the most important thing for consumers today, as many choose to sidestep brands where they don’t have that trust connection.

In fact, 73% of consumers consider transparency far more important than price when choosing a brand to buy from. 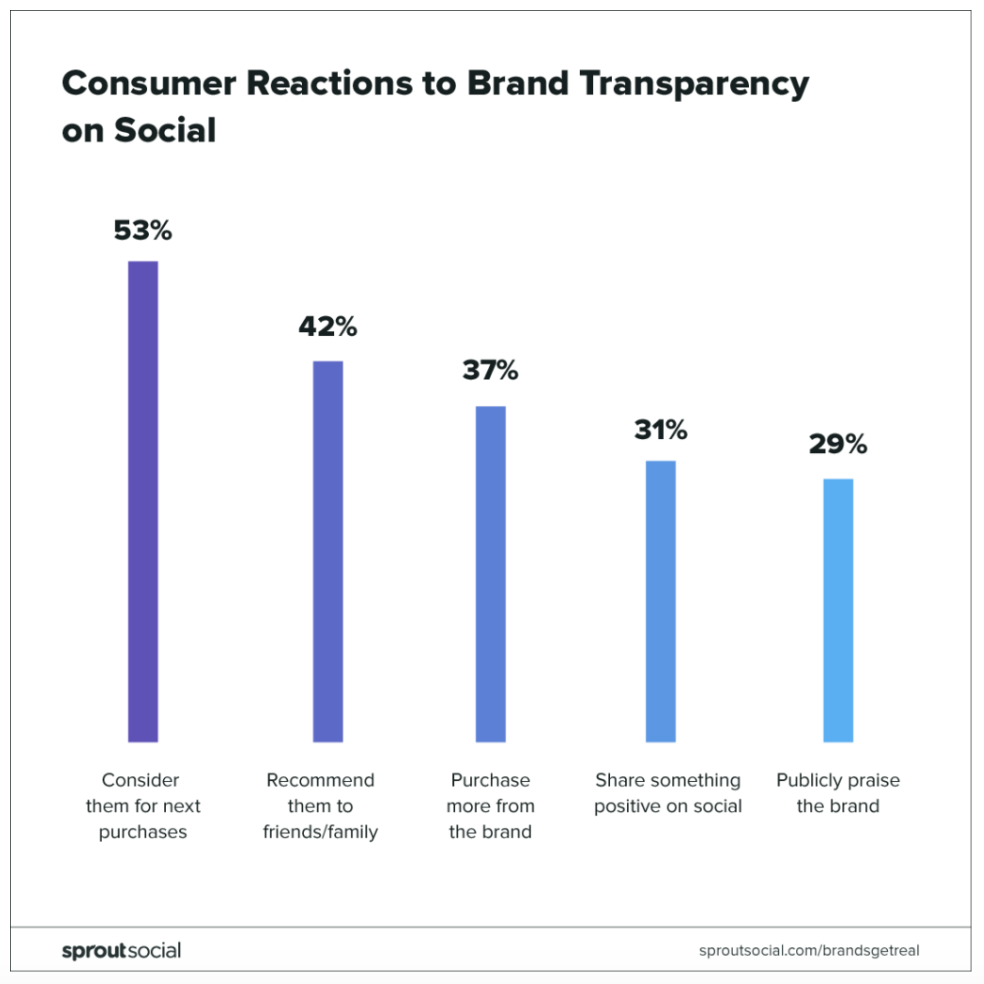 If You’re Not Using UGC, Why Not?

The customer journey is more convoluted than ever before, with consumers taking the majority of the reigns in the buying process. This involves researching brands at the top of the funnel and digging out testimonials and case studies at the bottom of the funnel.

In the latest State of Sales report from Salesforce, 60% of marketing and sales professionals agree that collaborating with your buyers throughout the decision making process has increased sales productivity by 25%, while more than half say it has done the same for increasing pipeline.

Even mega-brands like Amazon have self-declared as customer-focused businesses. By doing this, brands are putting the most important people—their customers—at the center of everything they do. 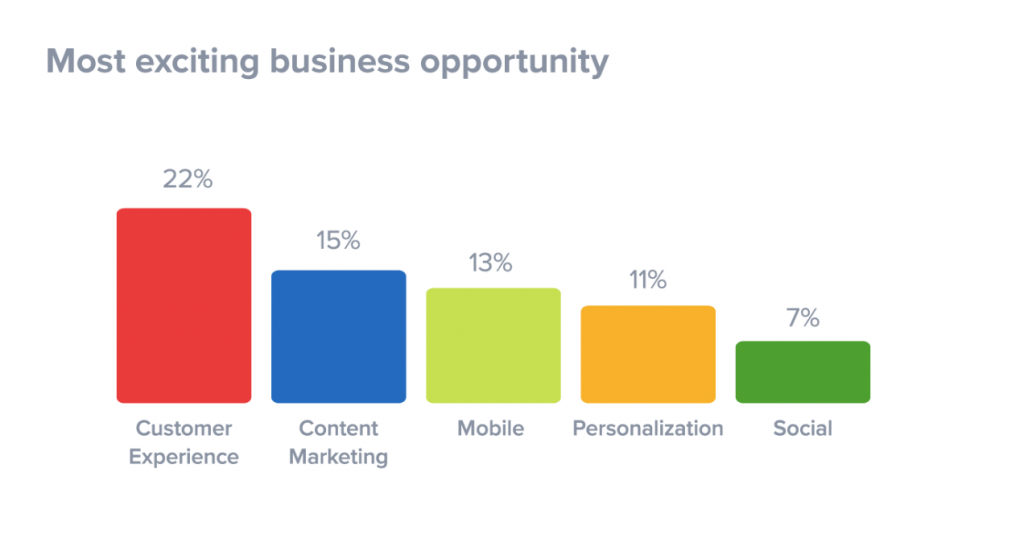 Part of this focus means serving the right content at every step of the funnel, which is why UGC is so important.

Creating enough content to cover all objections, worries, and questions is hard (not to mention time-consuming and costly), but UGC gives you access to authentic, trusted content to answer those objections when needed.

Consumers upload millions of pieces of content every single day— it’s just a case of tapping into what’s relevant to your brand.

With access to such a huge swathe of UGC, you can take the constant pressure for new, relevant content off your marketing and content creation teams.

Add to that the fact that UGC is far more trusted by social media users than brand content and you have a compelling argument as to why you should be using UGC. 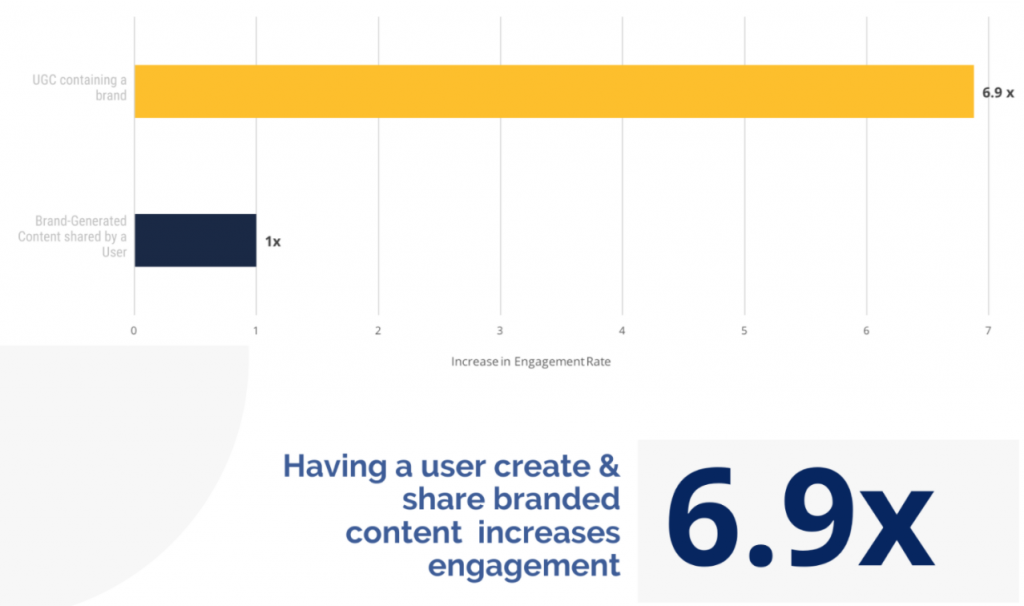 When a trend happens, it can take weeks or even months for an in-house marketing team to band together and create a response to it. But, with UGC, the content you need is at your fingertips.

The chances are, consumers will already be talking about a current cause or something that’s caught the attention of the world, and you can tap into the great work they are already creating around it.

Take the #AerieReal campaign as an example.

As well as working with models with illnesses and disabilities, Aerie put a call-out on social media to invite women to share videos and photos of themselves. 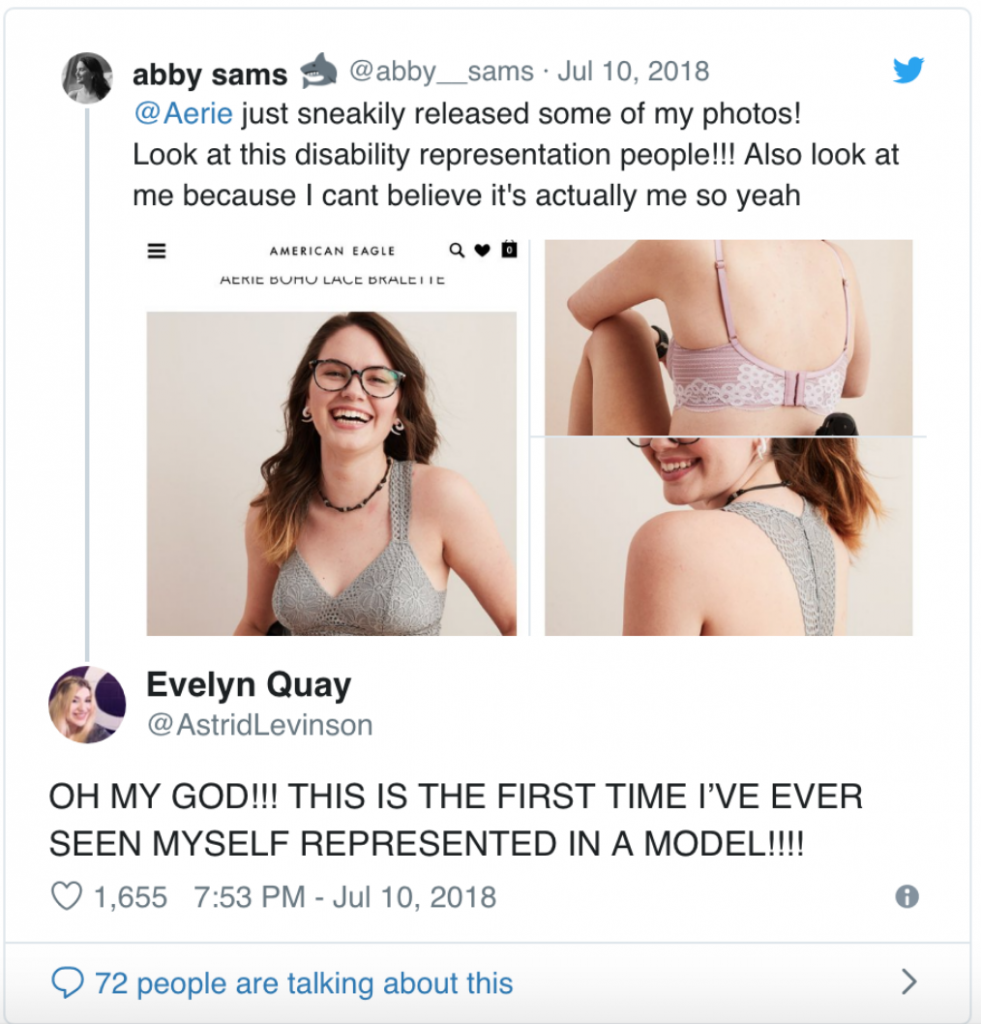 On top of that, for every piece of UGC that was created and shared, Aerie donated $1 to an eating disorder charity. This is just one example of taking UGC and making it more than a marketing campaign. They’ve tapped into a cause and brought their users into the story, making it a compelling marketing campaign.

For many marketers, the goal of their efforts go beyond engagement to driving conversions.

Because UGC is personal, it’s been proven to increase conversion rates in virtually every industry. 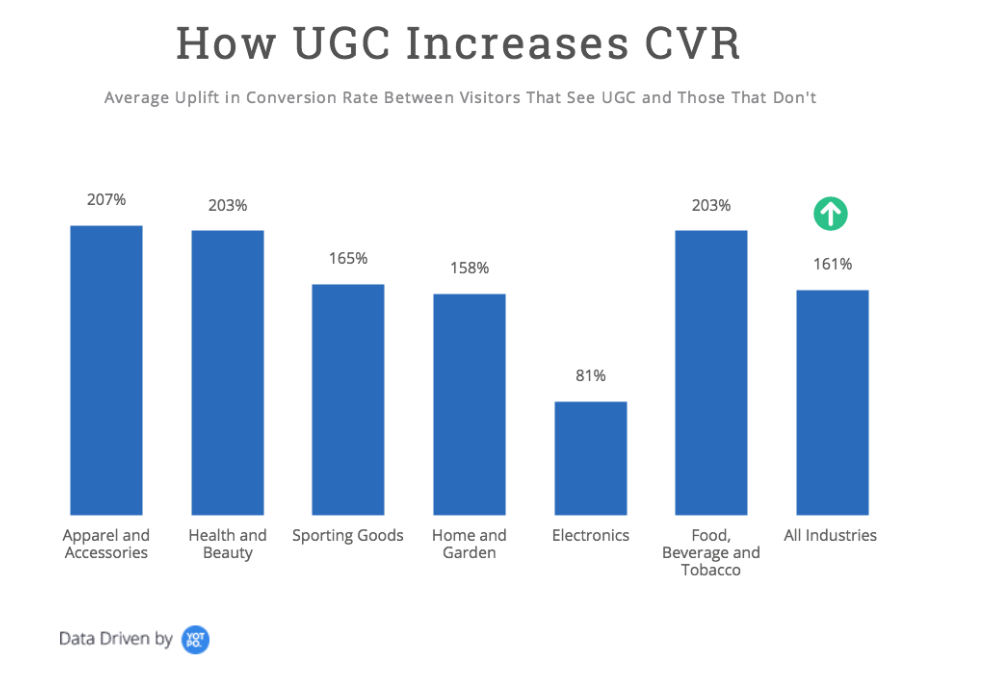 How to Use UGC

Research shows that UGC-based ads get 4x higher click-through rates and a 50% drop in cost-per-click than ads without UGC.

Go beyond re-sharing content your customers post, repurpose this UGC in other ways throughout your marketing activities, too.

Take Yandy.com as an example. They take customer reviews and add them into their Facebook ads to inject a sense of authenticity to a medium that’s sometimes greeted with skepticism. 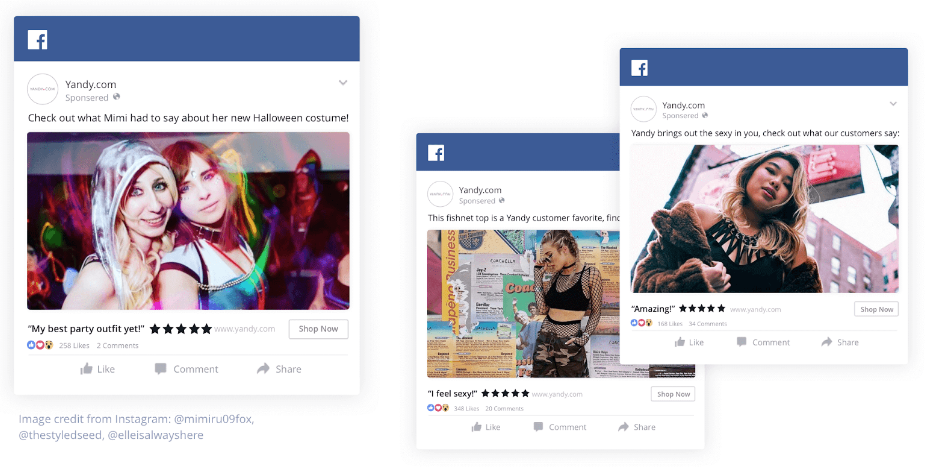 Toyota tapped into this powerful stat and managed to boost their Facebook ad engagement by 440% when they incorporated UGC into the mix.

For the football World Cup, Copa90 partnered up with Snapchat in order to share fresh, engaging UGC with their followers.

The content was published in various languages to resonate with a wider audience, and generated a whopping 31 million unique users over the space of 45 days. In addition, 40% of viewers swiped up to “view more” making the campaign a success story for Copa90. 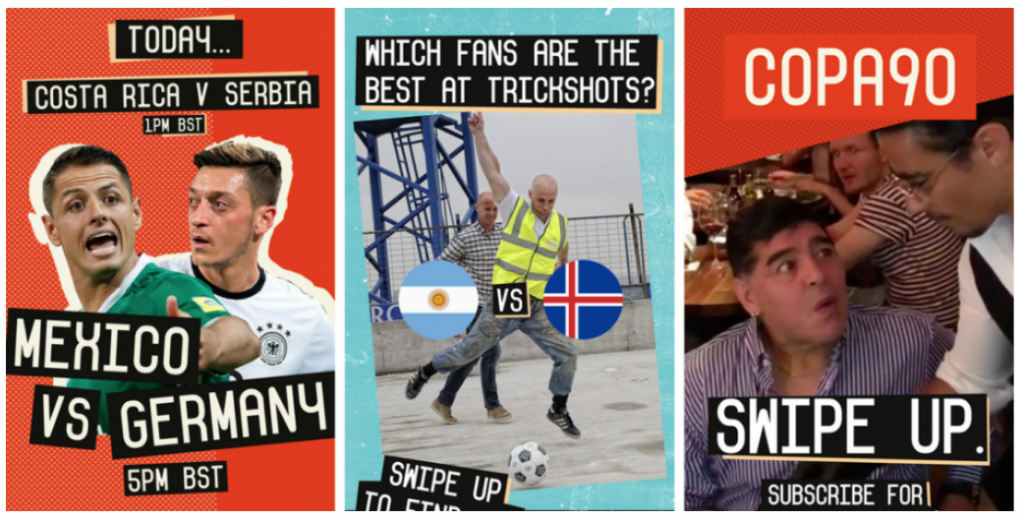 Stranger Things fans were eagerly anticipating the release of season two when Netflix decided to take the reigns and inject a little UGC into the launch campaign.

They didn’t do anything fancy, though. 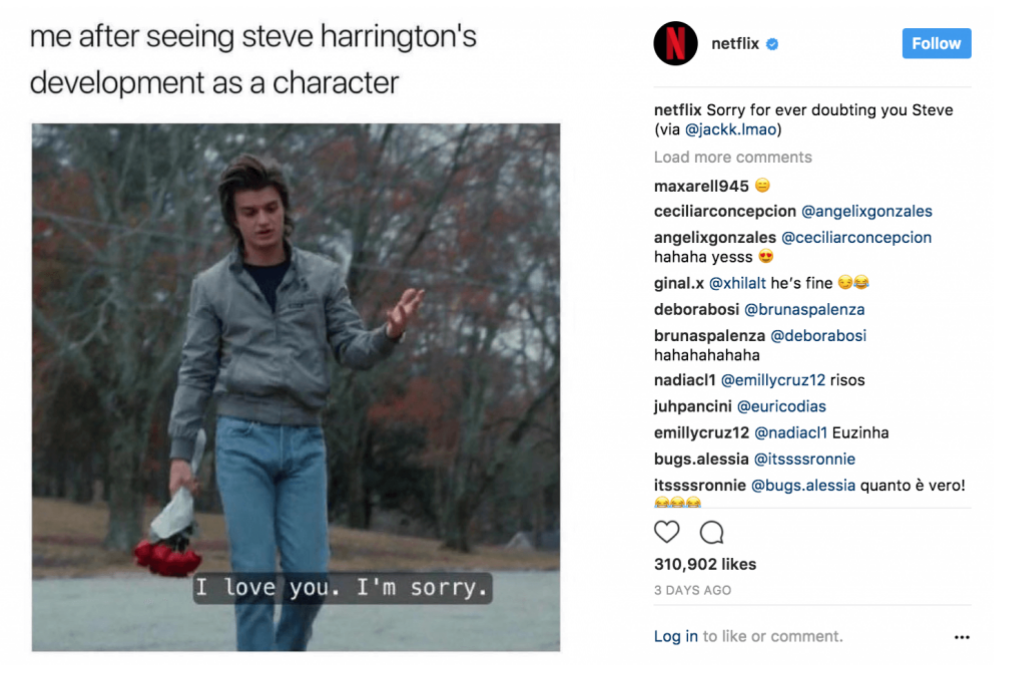 Made.com has an entire section of its website that’s dedicated to UGC.

The “Our customers’ homes” section features customer-uploaded photos of their purchases in situ. This creates a more realistic catalog for potential buyers to browse through, with links directly pointing to the products on display.

To encourage customers to upload their photos (because, let’s face it, this is the tricky part), the brand offers contributors the chance to win $100.

By adding an incentive, you may see more engagement and more content that gives you a broader portfolio to share with your audience.

5. Motivate People to Do Something

Remember when PokemonGo took off? The biggest news was that the AR-driven gaming app had managed to drive people out into the wider world.

Brands picked up on this ability to drive massive movement from their audience and have worked to replicate the idea.

Their #walk1000miles campaign encouraged people to spend an hour a day outside walking until they hit 1,000 miles. 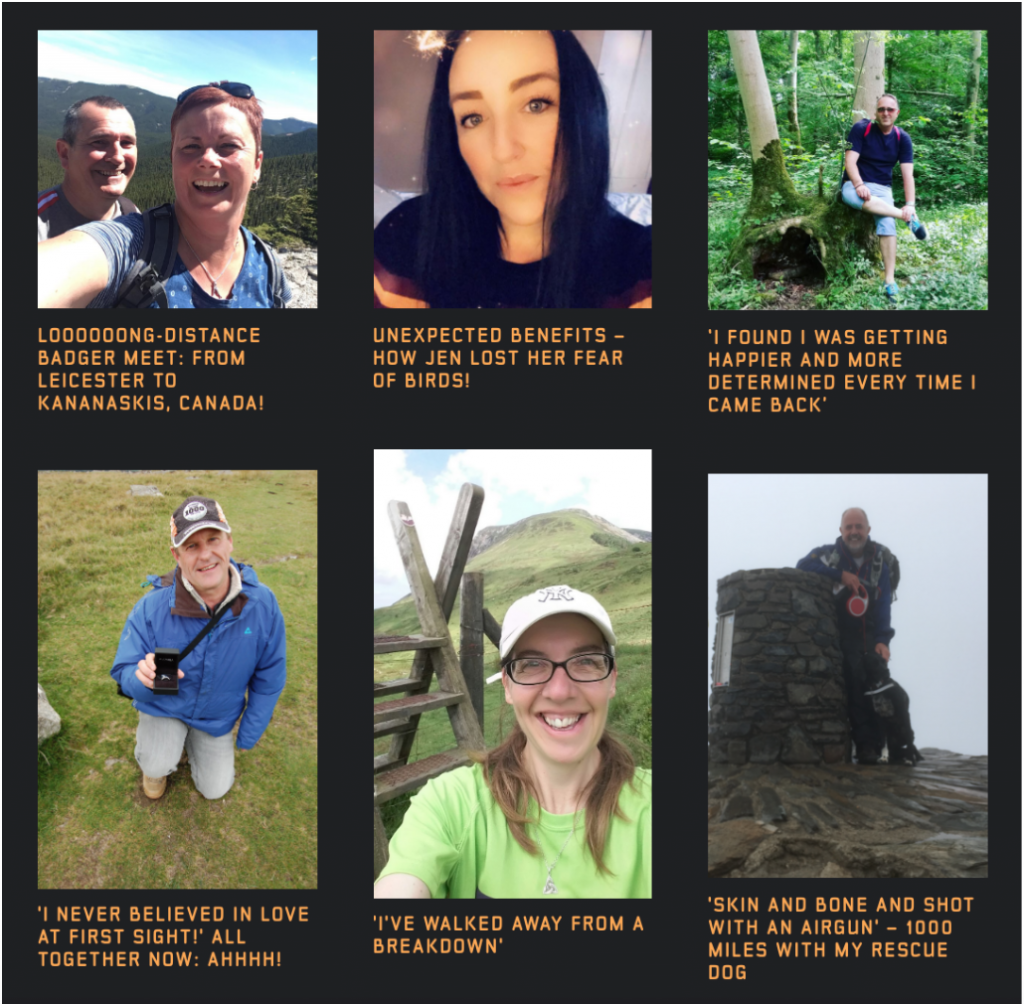 The push to get people active became a brand and cause within itself, with an accompanying microsite that had tips and tricks from people who had already completed the task.

This created a sense of community around the campaign, which in turn encouraged even more people to get involved and share their experiences.

UGC: A Must Have Marketing Tactic

With the rise of Gen Z and their quest for authentic interactions, leveraging UGC makes sense.

Not only does UGC provide you with epic amounts of content to share and implement in your marketing efforts, it also generates a sense of authenticity around your brand and boosts conversions.

With so many benefits, it’s difficult to ignore.

How will you implement UGC in your marketing plan this year?