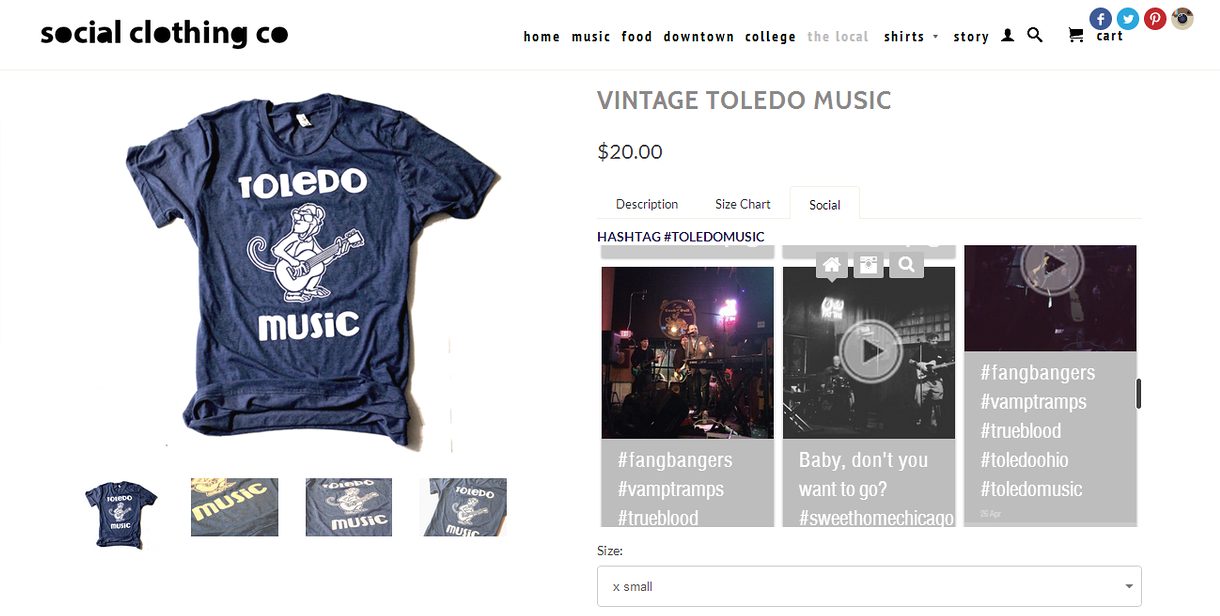 Understanding the Relationship Between Social Proof and Marketing Conversions

Have you ever avoided a restaurant because it was empty? Have you ever rushed to see a movie because everyone was talking about it, even if it wasn’t a genre you’d usually go for?

If you answered yes, you’re not alone. And the reason for that is because, as humans, we’re pack animals. Whether we realize it or not, our everyday decisions are influenced by those around us, regardless of whether that’s family or friends, or strangers on the internet.

This phenomenon is called social proof.

It has been a part of human nature since the beginning of time and it continues to be a huge factor in the online world, especially when it comes to marketing and selling.

You probably like to think you’re unique; an individual. And, while that might be true to some extent, the people around you and the choices they make are pushing you to do or not do certain things.

Because the internet is such an inter-connected, social place, the incredible force that is social proof has become one of the most important steps in the buying process.

Okay, so what exactly is social proof?

Robert Cialdini, author of Influence, describes social proof as “the tendency to see an action as more appropriate when others are doing it.” 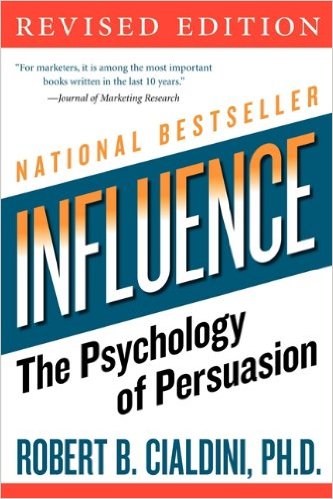 And that translate to negative things, too – if we’re taking a walk along a trail and see that other people have carved an unofficial path through a lawn that says “Keep Off”, we’re likely to take that shortcut because we can see numerous others have done it before us.

Cialdini adds that social proof is infinitely more powerful when we don’t know what to do. In that instance, we look to others to see what the group mentality is and, more often than not, follow suit.

And when it comes to the online marketing world, there are a couple of key ways people can determine a brand’s social proof.

This is when brands invite influencers in their niche to state their opinion on a product or service. Influencers might include popular bloggers, a leader in the niche, or a best-selling author, and they are likely to influence buyers because they are “in the know”.

You know those perfume adverts that use celebrities to sell? They do that for a reason (not just because celebrities happen to be extremely aesthetically pleasing).

We often put celebrities on a pedestal and think, because they’re rich and famous, that they are to be listened to. Take Beautymint, for example, who brought Jessica Simpson on board for their launch, which attracted 500,000 visitors on day one. 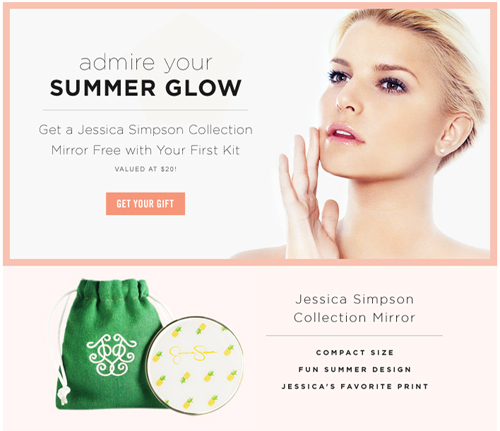 Unlike the other types of social proof that draws on the high standing positions of celebrities and influencers, user social proof feels a lot more accessible to the masses.

Why? Because it emphasizes success stories from regular buyers who are much more relatable to the Average Joe. Nowadays, a huge number of companies encourage their customers to create videos, Tweets, and social shares about their products and services. 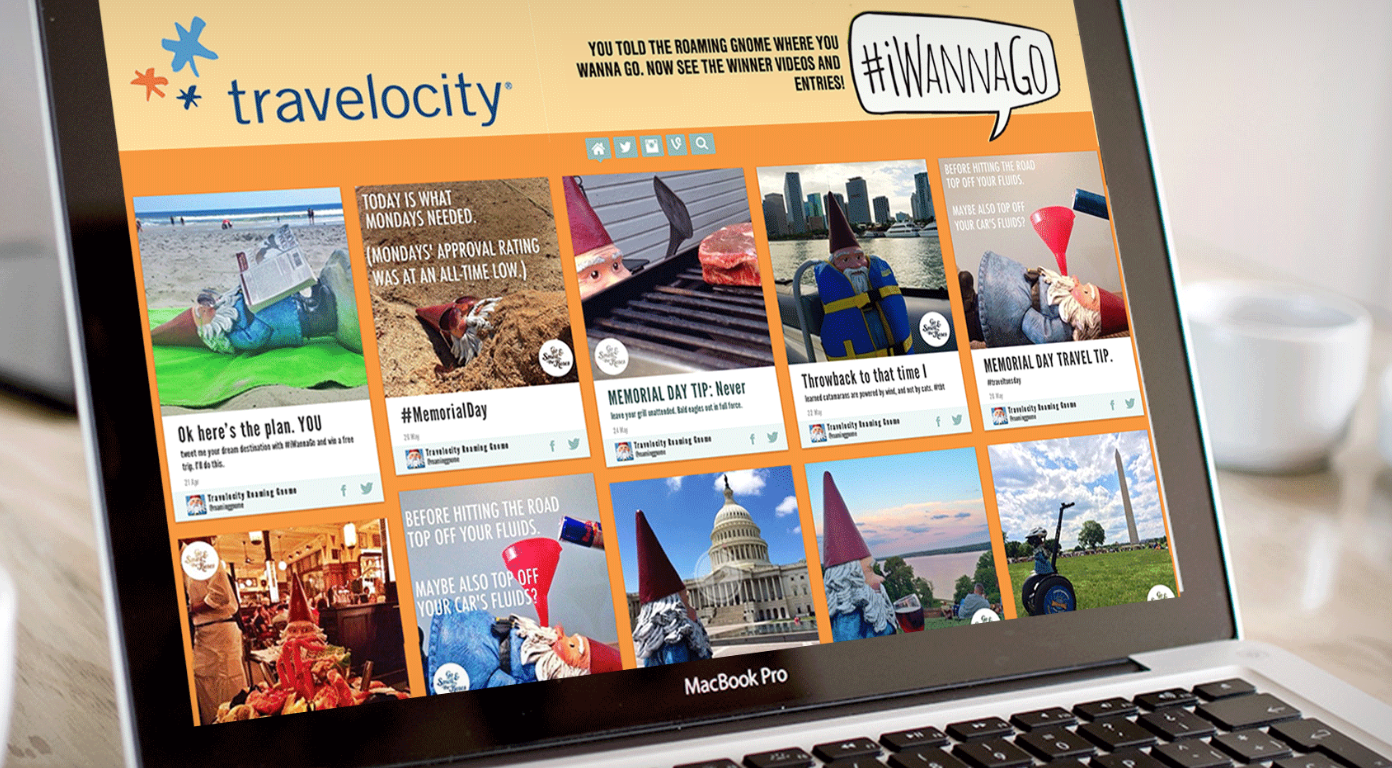 Travelocity encouraged people to share their stories via Tint in order to win a prize.

Like I mentioned earlier, it’s important to note that social proof isn’t a new phenomenon.

In fact, we can rewind time to before the internet and see prime examples of it in play. In 1959, RCA Victor released a CD of Elvis tracks called “50,000,000 Elvis Fans Can’t Be Wrong”.

Sales shot through the roof because the title of the album was a classic form of social proof. People were encouraged to think that, because 50,000,000 people had enjoyed it before them, they were likely to enjoy it, too.

Or take Camel, who promoted their cigarettes by telling consumers that doctors actively chose to smoke Camels over any other cigarette brand.

Because social proof has stood the test of time, it has become a vital player in the online marketing world, so let’s take a look at how you can leverage social proof and turn it into increased conversions (and who doesn’t want that?).

Different Methods of Social Proof and How They Lead to Conversions

Testimonials are one of the most powerful forms of social proof because they specifically state what was successful about a certain purchase.

You see these all over company websites, where customers have shared a sentence or two about why they were so pleased with their purchase. 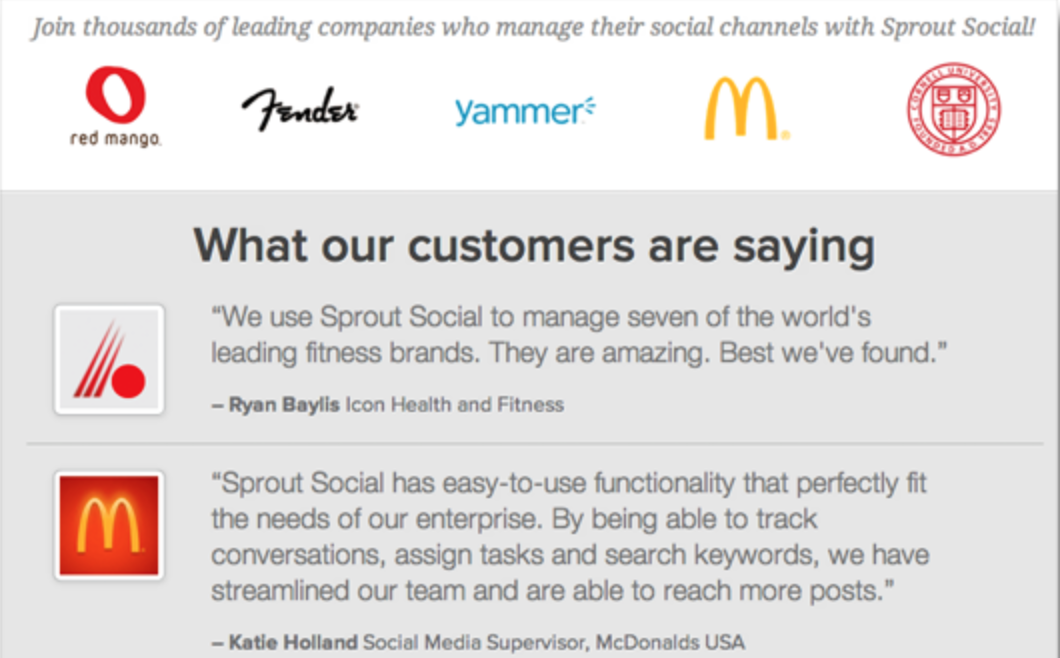 How Testimonials Lead to Conversions

Testimonials increase trust, and trust is one of the most important steps in the buying process. According to research, the best way to utilize testimonials successfully is to put a face to the words. This builds trust and allows potential customers to create a connection with previous buyers.

Having testimonials on a sales page can increase sales by up to 34% – that’s a stat that’s hard to ignore.

There’s a reason sites like TripAdvisor and Yelp are so popular, and why brands are so eager to get good ratings on them. It’s because they seriously influence buyer decisions.

When you consider that over 70% of Americans look at product reviews before they buy and that almost 63% of consumers are more likely to buy from a brand if it showcases product ratings and reviews, you can start to get a feel for how important user generated reviews are.

Reviews act like word-of-mouth recommendations (which, by the way, is still one of the most successful forms of marketing).

We’re more likely to believe a review someone else has written than a shiny, polished story that has been made up by the marketing team, right?

We tend to trust user reviews because, firstly, we can relate to them more than we can to celebrity endorsements, and, secondly, because they give us that extra push we need to make a purchase.

Think about it: have you ever decided not to buy something because it doesn’t have any reviews or has bad reviews? And, on the flipside, have you ever actively chosen to buy a product because the reviews were awesome?

These endorsements come from prominent people in relevant industries. They can be in the form of a testimonial, a video, or simply a mention from the brand.

For example, a cooking company might get a popular food blogger on board to promote their latest cookbook because that person already has a loyal following they can promote the product to and because, as a notable person in the industry, they hold some clout when it comes to the buying process.

Basically, you’re more likely to buy a cookbook from someone who’s well-known and trusted in the industry that from someone you’ve never heard of who has no foodie credentials, right?

Take Gap, for example, and their Styld-By campaign, where numerous influencers with large followings were recruited to share their favorite Gap products with their audience.

How Influencer Endorsements Lead to Conversions

Psychologists have dubbed this cognitive bias as the “halo effect”, which basically proves that we are more likely to judge a person’s individual opinion on something based on our overall impression of them.

This effect shows why key influencers seem to have the Midas touch. Since they already have a loyal following and an established reputation in a relevant industry, we are more likely to see them in a positive light by association (and, therefore, see their recommendations and opinions as positive).

Rent the Runway saw the endless possibilities in using influencer endorsements, and found that visitors referred by fashion magazines or popular fashion bloggers converted at 200% higher rate than visitors who arrived by paid search. 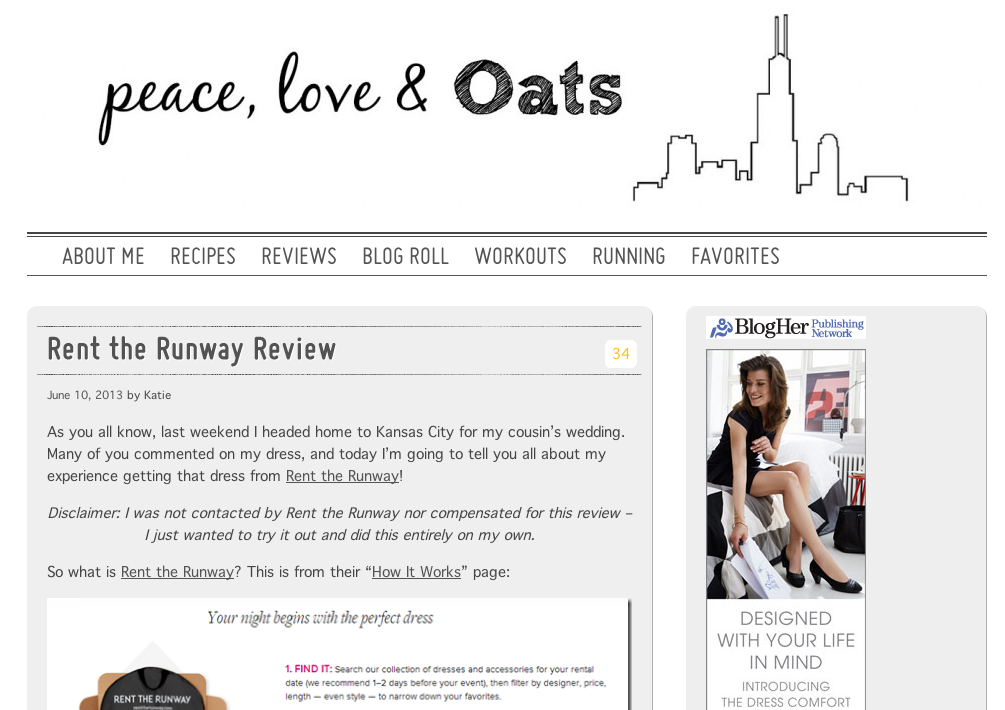 An example of a fashion blogger promoting Rent the Runway. (source)

Social shares are one of the most popular forms of social proof.

This is where brands will encourage their customers to post positive reviews on social media, either by using a designated hashtag, or by bringing all mentions of the product into one, easily-accessible place (like Tint does!).

How Social Shares Lead to Conversions

Take the travel industry as an example.

52% of travelers change their original plans due to social media – consider how powerful that is in the buying process if they’re willing to alter huge plans because a friend or family member has suggested they do something else.

But it’s not just social shares that encourage people to make an initial purchase. Tweets and other user shares can push those who have already bought to upgrade and keep buying from the same company. 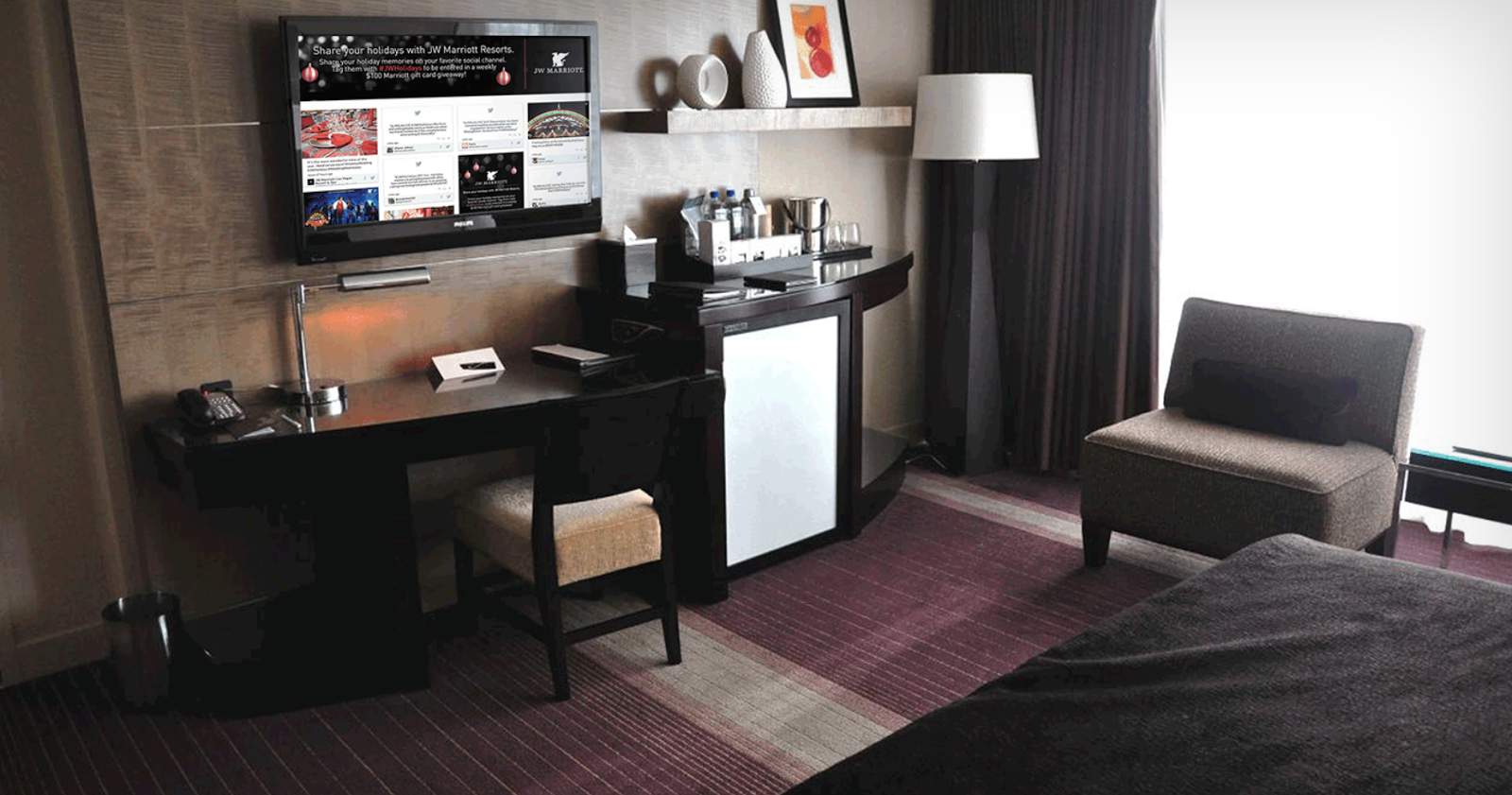 Marriott Resorts showcase social shares in their hotel rooms via the Tint platform, which encourages customers who are already there and who have already bought a room to make further purchases.

The gap between social proof and marketing conversions is very small. In fact, one without the other might not exist in this day and age.

The quickest way to boost your conversions and get consumers on side is to share stories from other users and leverage social proof – brands have been doing it for years to incredible success, so why stop now?